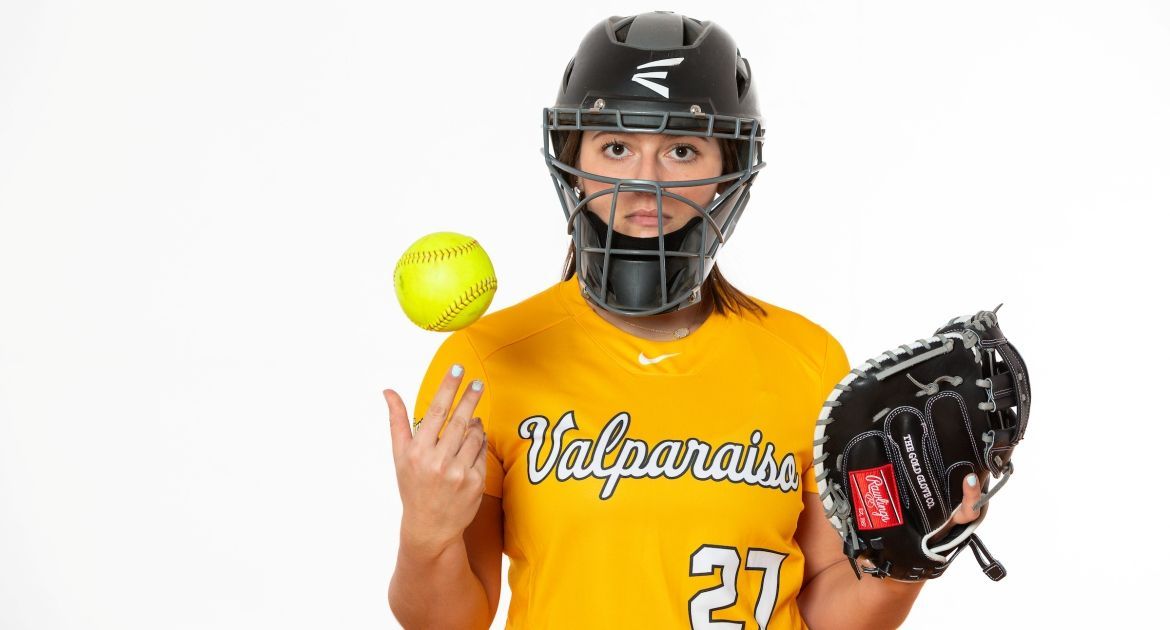 Next Up in Valpo Softball: The Valpo softball team continues Missouri Valley Conference play this week with four games over a five-day stretch. The week kicks off with a single game at Loyola Wednesday afternoon before the Brown and Gold return home for a three-game series against Drake this weekend.

Previously: Valpo dropped its final non-conference game of the regular season at Northern Illinois last Wednesday, and Missouri State took all three games of the Valley series over the weekend.

Looking Ahead: Valpo and Loyola will complete their three-game MVC series with a doubleheader at Valpo next Wednesday afternoon. Valpo then makes its final road trip of the regular season with a journey to Carbondale, Ill. next weekend to meet Southern Illinois for three games.

Following Valpo Softball: Wednesday’s doubleheader at Loyola will be broadcast live on ESPN+. Live stats for all five games this week will be available at ValpoAthletics.com.

Head Coach Kate Stake: Kate Stake was hired as head coach of the Valparaiso softball program on July 23, 2014 and is in her seventh season as head coach in 2021. Stake, who is 119-182 at Valpo, led Valpo to the 2016 Horizon League Championship and a berth in the NCAA Tournament - the third in program history. Stake arrived at Valpo with eight seasons of assistant coaching experience at the Division I level, most recently serving as an assistant at mid-major power Hofstra. She played her collegiate softball at fellow MVC member Illinois State and is a 2005 graduate of ISU.

Series Notes: Loyola - The second most common opponent in program history, Valpo and Loyola have met on the softball diamond 68 times entering this week, with the Ramblers holding a 42-26 advantage in the series. Valpo is 2-4 against Loyola since joining the MVC, and the Ramblers took all three games of the most recent meetings in 2019.

Drake - Valpo is just 1-11 all-time versus Drake, and the Bulldogs have won all six matchups between the two programs since Valpo joined the Valley.

Scouting the Opposition: Loyola - The Ramblers enter Wednesday at 8-22 overall and 4-10 in MVC play, most recently posting a 1-2 record last weekend in a home series versus UNI. Allyson Ivey hits a team-best .411 and leads LUC with 18 RBIs, while in the circle, Sydney Ruggles has tossed just over half the innings and is 4-11 with a 3.68 ERA.

Drake - The Bulldogs enter the week at 11-25 overall and 5-10 in Valley play, with a doubleheader against UNI

Westphal Enjoys Strong Series: For the second straight weekend, junior Jaina Westphal enjoyed a strong series at the plate against a conference opponent. While she had her five-game MVC hitting streak snapped in the series finale versus Missouri State, she did still go 3-for-7 over the course of the three-game set against the Bears. This comes after Westphal went 5-for-7 with a homer the previous weekend in Valpo’s three games at UNI. The big numbers the last two weekends have boosted Westphal’s batting average in conference play to a team-best .361.

Herschbach Leads the Team: While she cooled down a bit at the plate last weekend, Herschbach still carries a team-high .314 batting average into this week’s set of five games. Herschbach went just 2-for-9 over the three-game series against Missouri State, but is still hitting at a .359 clip in Valley play. Herschbach has picked up at least one base hit in nine of the 14 Valley games she has an official at-bat in, including three multi-hit games. She went 4-for-5 with a walk in the three-game set against Indiana State, and two weekends ago, went 5-for-10 with a walk in the series at UNI.