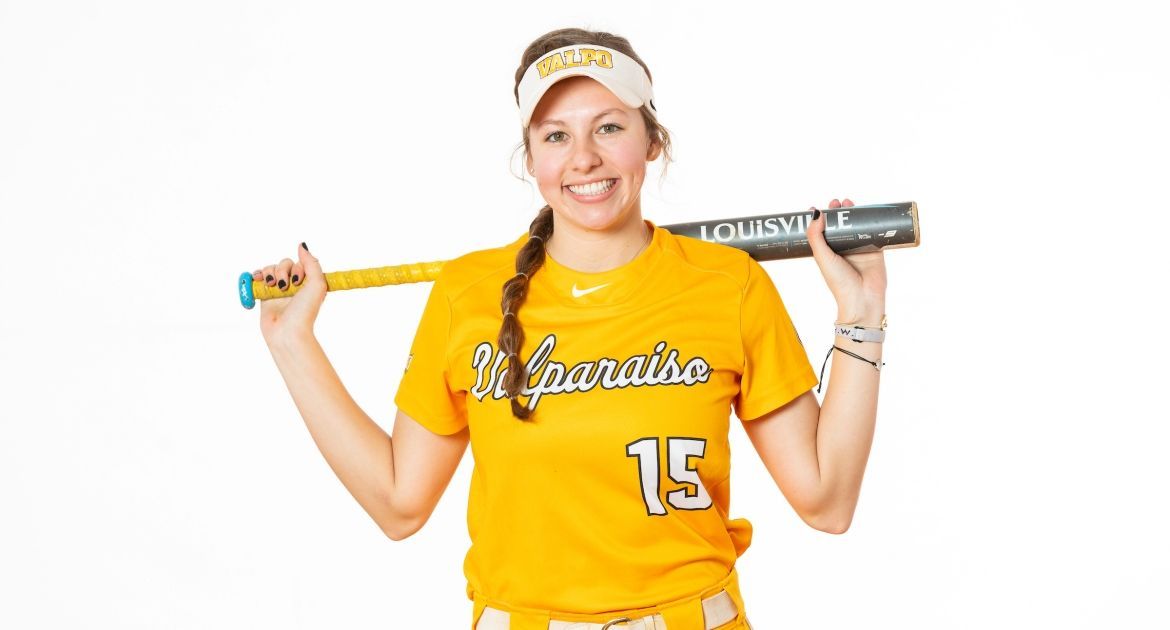 Next Up in Valpo Softball: Five games are on deck this week for the Valpo softball team as the regular season nears its conclusion. Valpo will host Loyola in a doubleheader on Wednesday afternoon before making its final road trip of the regular season, a journey to Carbondale, Ill. this weekend for a three-game set at Southern Illinois.

Previously: Valpo dropped a mid-week game at Loyola and then saw a seventh-inning rally come up just short in the nightcap of a doubleheader sweep by Drake. The third game of the series against the Bulldogs was canceled due to weather.

Looking Ahead: The regular season concludes next Friday and Saturday, May 7 and 8, as Valpo hosts Illinois State for a three-game series.

Following Valpo Softball: Live stats for all five games this week will be available at ValpoAthletics.com.

Head Coach Kate Stake: Kate Stake was hired as head coach of the Valparaiso softball program on July 23, 2014 and is in her seventh season as head coach in 2021. Stake, who is 119-185 at Valpo, led Valpo to the 2016 Horizon League Championship and a berth in the NCAA Tournament - the third in program history. Stake arrived at Valpo with eight seasons of assistant coaching experience at the Division I level, most recently serving as an assistant at mid-major power Hofstra. She played her collegiate softball at fellow MVC member Illinois State and is a 2005 graduate of ISU.

Series Notes: Loyola - The second most common opponent in program history, Valpo and Loyola have met on the softball diamond 69 times entering this week, with the Ramblers holding a 43-26 advantage in the series. Valpo is 2-5 against Loyola since joining the MVC, including a 7-1 victory for the Ramblers last Wednesday in Rogers Park.

Southern Illinois - Valpo is 1-5 all time against SIU, with five of those six meetings coming since Valpo joined the MVC. The Salukis earned a three-game series sweep in Carbondale in March 2019 in the last meetings.

Scouting the Opposition: Loyola - The Ramblers enter Wednesday at 10-24 overall and 6-12 in MVC play, most recently posting a 1-2 record last weekend in a road series at Missouri State. Allyson Ivey hits a team-best .394 and leads LUC with 20 RBIs, while in the circle, Sydney Ruggles has tossed just over half the innings and is 5-12 with a 3.41 ERA.

SIU - The Salukis enter the week at 31-11 overall and 13-7 in MVC play, with a game at Missouri State on tap for Wednesday prior to the weekend. Maddy Vermejan hits .340 with a team-high 46 runs scored, while in the circle, Sarah Harness has tossed half the innings and is 17-4 with a 1.60 ERA.

Tonoian Sets Program Record: Junior catcher Taylor Tonoian etched her name into the program’s record book last Wednesday at Loyola. From her position behind the plate, Tonoian threw out a Rambler runner attempting to steal in each of the first four innings to set a new record for caught stealings in a single game. Two players had previously combined for three instances of three caught stealings in a game, most recently Jenna Stauffenberg in May 2018. The four caught stealings is also a team single-game record as well.

KB Enjoys Strong Week: Junior outfielder Kate Beckemeyer put together a string of strong performances at the plate in Valpo’s three games last week, reaching base multiple times in all three outings and hitting .714 for the week. She opened the week by going 1-for-2 with a walk in Valpo’s mid-week game at Loyola. Then in Sunday’s doubleheader against Drake, Beckemeyer went 2-for-2 with an RBI in the opener before going 2-for-3 with a run scored and an RBI in the nightcap. Beckemeyer has now picked up hits in four consecutive games.

Scoreless Outings From Wathen: Freshman pitcher Madison Wathen posted a pair of scoreless outings out of the bullpen over her three appearances last week. Wathen entered in the fifth inning in Valpo’s mid-week game at Loyola and threw two shutout innings. Then, in the nightcap of Sunday’s doubleheader with Drake, Wathen entered in the fourth inning with a runner in scoring position, got out of the inning stranding the runner on base and proceeded to pitch 3.1 innings of shutout softball. Those two outings were Wathen’s longest scoreless outings of the season.