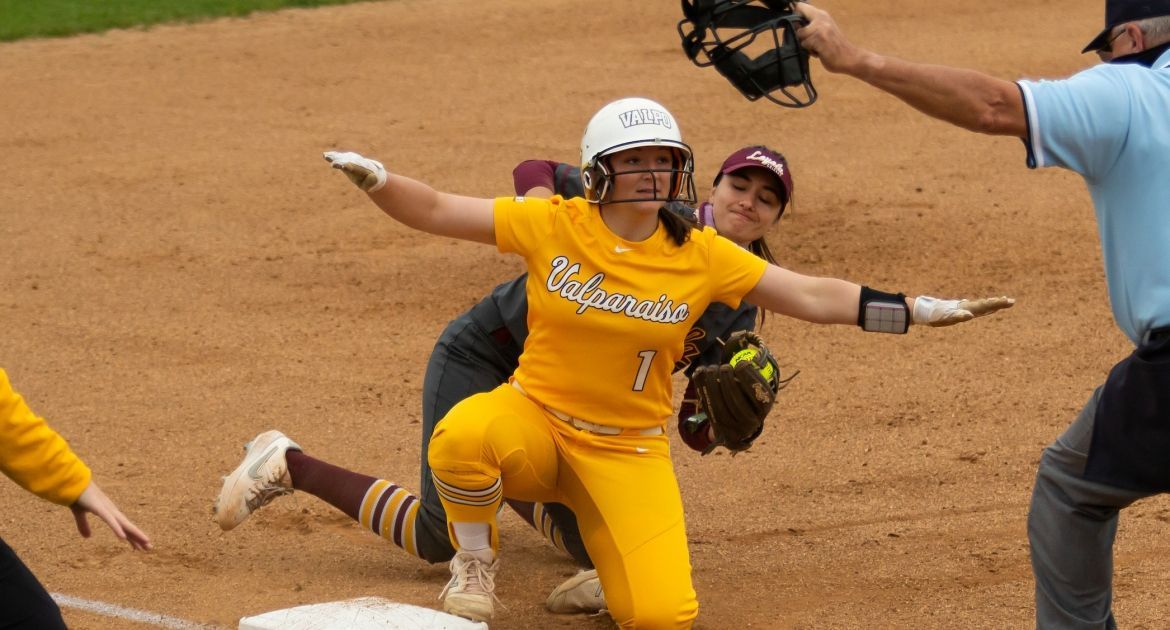 Next Up in Valpo Softball: The regular season comes to a close for the Valpo softball team this weekend as the Brown and Gold welcome Illinois State to town for a three-game series. Valpo will honor seniors Addi Burke and Alex Dixon in the final home series of their careers.

Previously: Valpo got a pair of strong pitching performances in its Saturday doubleheader at Southern Illinois, falling 3-0 and 3-1 to the Salukis, and dropped an 8-0 decision on Sunday in the series finale. Valpo’s April 28 doubleheader versus Loyola was rained out after three and a half innings of the opener.

Looking Ahead: The MVC Tournament begins on Wednesday, May 12 in Evansville. Valpo’s first game in the single-elimination event will be on Wednesday afternoon at 2 p.m.

Following Valpo Softball: Live stats for the series this weekend will be available at ValpoAthletics.com.

Head Coach Kate Stake: Kate Stake was hired as head coach of the Valparaiso softball program on July 23, 2014 and is in her seventh season as head coach in 2021. Stake, who is 119-188 at Valpo, led Valpo to the 2016 Horizon League Championship and a berth in the NCAA Tournament - the third in program history. Stake arrived at Valpo with eight seasons of assistant coaching experience at the Division I level, most recently serving as an assistant at mid-major power Hofstra. She played her collegiate softball at fellow MVC member Illinois State and is a 2005 graduate of ISU.

Series Notes: The Redbirds own a 7-2 advantage in the all-time series against Valpo, including a 5-2 record since the Brown and Gold joined the Valley. The last meetings came in May 2019, when Illinois State came to the Valpo Softball Complex and swept a three-game series by scores of 1-0, 6-4 and 1-0 before earning a 4-1 victory the next week in a second-round matchup at the MVC Tournament.

Scouting the Opposition: Illinois State enters the weekend with a 28-9 overall record and sits atop the MVC standings with a 14-5 mark in conference play, fighting a trio of teams immediately below it in the standings to try to earn the regular season title. Morgan Day is among the Valley’s top pitchers, owning a 17-5 record with a 1.68 ERA and 221 strikeouts in 142 innings of work, while two-way player Mack Leonard hits .423 at the plate with nine homers and 34 RBIs and has a 10-4 record with a 2.78 ERA in the circle.

Celebrating the Seniors: Valpo will celebrate a pair of seniors this weekend as it plays its final home series of the season. Second baseman Addi Burke enters the weekend having played in 148 career games in the Brown and Gold, starting 129 times. She has tallied 80 career hits, scored 32 runs and driven in 26 runs, including connecting on her first career home run earlier this season at Evansville. Burke has been sure-handed at second base this year, posting a .992 fielding percentage and committing just one error. Meanwhile, senior manager Alex Dixon is seeing her four years of service to the Valpo Softball program come to a close as well.

Moeder Enjoys Strong Week: Junior Peyton Moeder hit .625 over Valpo’s 3-game series at SIU last weekend, going 5-for-8 at the plate. She picked up multi-hit games in each of the series’ first two games, going 2-for-3 in each contest, before closing the series with a 1-for-2 effort at the plate. She drove in a seventh-inning run in the second game of the series to bring the potential tying run to the plate. Moeder now owns a team-high nine multi-hit games on the year.

Strong Pitching Performances: While they might not have resulted in wins, Valpo received a pair of strong outings in the circle in its Saturday doubleheader at Southern Illinois, which entered the weekend averaging nearly five runs per game in conference play. The opener saw Caitlin Kowalski scatter six hits over six innings of work while surrendering just three runs. Then, in the nightcap, Easton Seib started and gave up just two earned runs in four-plus innings of work before handing the ball over to Madison Wathen, who tossed two shutout innings and yielded just one hit. For Wathen, it was her third effort in a four-outing stretch of throwing at least two shutout innings of relief.

Tonoian Sets Program Record: Junior catcher Taylor Tonoian etched her name into the program’s record book April 21 at Loyola. From her position behind the plate, Tonoian threw out a Rambler runner attempting to steal in each of the first four innings to set a new record for caught stealings in a single game. Two players had previously combined for three instances of three caught stealings in a game, most recently Jenna Stauffenberg in May 2018. The four caught stealings is also a team single-game record as well.