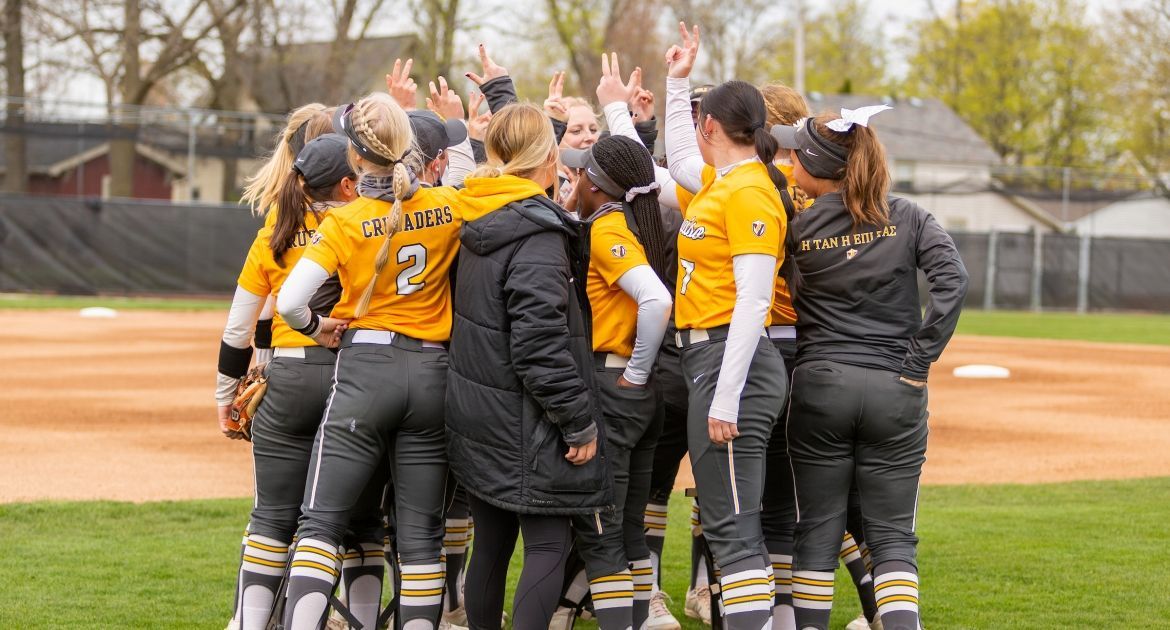 Next Up in Valpo Softball: Valpo heads to the 2021 MVC Championship this week in Evansville, Ind. As the tenth seed, Valpo opens tournament play against seventh-seeded Indiana State on Wednesday afternoon . The Brown and Gold will have to win five games in a row in the single-elimination bracket to claim the tournament title.

Previously: Visiting Illinois State captured all three games of the final series of the regular season as the Redbirds clinched the MVC regular season title, as Valpo fell by scores of 6-0, 10-0 and 7-1.

Following Valpo Softball: Every game from the 2021 MVC Championship will be broadcast live on ESPN+, with R.C. McBride and Laura Leonard on the call. Live stats for all of Valpo’s tournament games will also be available via ValpoAthletics.com.

Head Coach Kate Stake: Kate Stake was hired as head coach of the Valparaiso softball program on July 23, 2014 and is in her seventh season as head coach in 2021. Stake, who is 119-191 at Valpo, led Valpo to the 2016 Horizon League Championship and a berth in the NCAA Tournament - the third in program history. Stake arrived at Valpo with eight seasons of assistant coaching experience at the Division I level, most recently serving as an assistant at mid-major power Hofstra. She played her collegiate softball at fellow MVC member Illinois State and is a 2005 graduate of ISU.

What’s Back and What’s New: Valpo returned 12 letterwinners from last year’s squad, including eight regulars from the batting order. The Brown and Gold did graduate two of their three main pitchers, however, and returned just 28.4% of last season’s innings pitched and 70 total collegiate innings entering the season. New to the team this year were eight freshmen - six position players and two pitchers.

Moeder Closes Season Strong: Junior Peyton Moeder closed out the season with a pair of strong series at the plate against a pair of top-division teams in Southern Illinois and Illinois State. Moeder went 5-for-8 in the three-game set at Southern Illinois, including a pair of multi-hit games, and then led Valpo with a trio of hits over the three games versus Illinois State. Over the last two weeks, Moeder is 8-for-17 (.471) at the plate and has three multi-hit games to raise her season total to a team-best 10 multi-hit games.

Nearly Flawless: Save for a lone error in late April at Loyola, senior Addi Burke has been flawless fielding her second base position this year. Burke enters the MVC Championship with a .993 fielding percentage (69-70-1), one of just two middle infielders in the conference with a fielding percentage above .990. She ranks 12th in the MVC in assists, while her fielding percentage is poised to crack Valpo’s single-season top-10 as well. Going back over her four-year career, after committing an error in her first career attempt at second base as a freshman, Burke has committed just one error (82-79-1) in her last 160 chances at the position.

Tonoian Sets Program Record: Junior catcher Taylor Tonoian etched her name into the program’s record book April 21 at Loyola. From her position behind the plate, Tonoian threw out a Rambler runner attempting to steal in each of the first four innings to set a new record for caught stealings in a single game. Two players had previously combined for three instances of three caught stealings in a game, most recently Jenna Stauffenberg in May 2018. The four caught stealings is also a team single-game record as well.

Academic Excellence: The success of the Valpo student-athletes in the classroom has been impressive, especially given the challenging circumstances of learning over the past year-plus due to the COVID-19 pandemic. 11 of Valpo’s 12 student-athletes who are in their second year of college or later entered this semester with a 3.1 cumulative GPA or better, including five players with GPAs of 3.8 or better - highlighted by junior Maddie Henry carrying a perfect 4.0 GPA as an English and political science double major. Meanwhile, the rookies have gotten the job done in the classroom as well, as seven of Valpo’s eight freshmen posted a first-semester GPA of 3.1 or better - including four who finished their first semester with at least a 3.8.