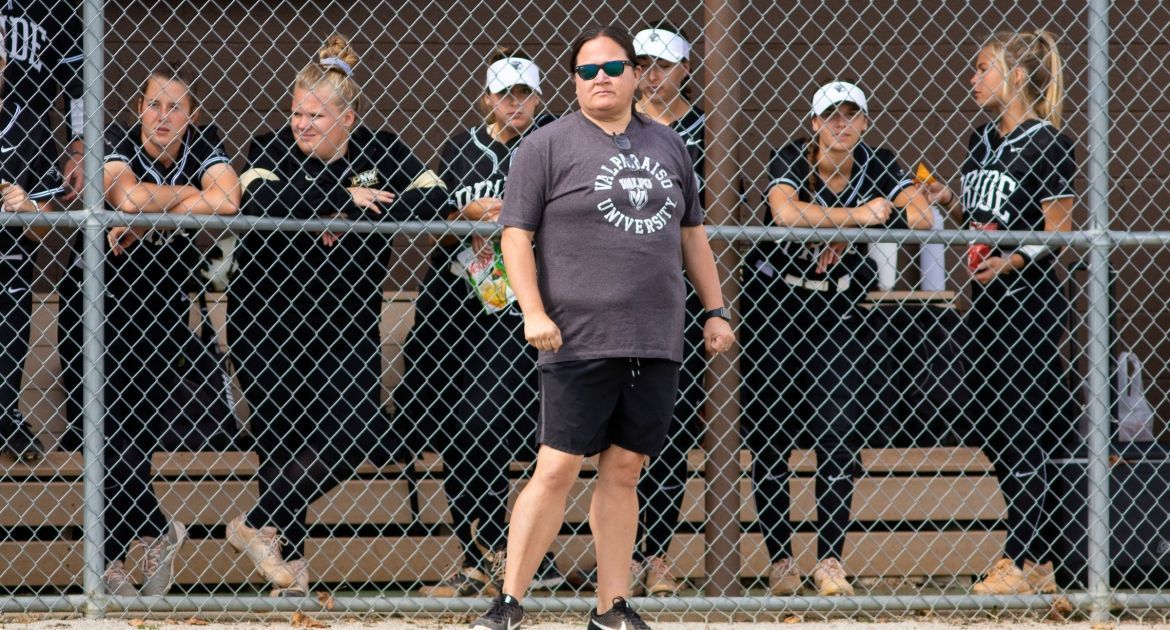 Valpo softball head coach Amanda Eberhart announced today a group of five incoming student-athletes who will join the program for the 2023 season — four incoming freshmen and one graduate transfer.

A pitcher out of Camby, Ind., Cami Henry will come to Valpo after graduation from DePauw University and will have two seasons of eligibility remaining. Henry was an NFCA First Team Division III All-American last season and a finalist for National Pitcher of the Year honors as she led the Tigers to a third-place finish nationally. Henry finished the 2021 campaign with a 24-2 record and a 1.14 ERA, striking out 228 batters in 165.2 innings of work. Also stellar in the classroom, Henry was a CoSIDA First Team Academic All-American last year as well.

Kaia Garnica is an infielder from Plainfield, Ill. Garnica was a First Team All-Conference and Second Team All-Area selection last year, hitting .465 with 27 RBIs for the Wildcats as she was named team MVP and Best Offensive Player. She currently plays travel with Sparks Softball and helped her travel squad to a top-16 finish at IDT Colorado last summer, as well as a berth at the PGF Nationals.

Jori Heard is a pitcher/first baseman from Algonquin, Ill. Heard helped Huntley H.S. win a 4A state championship in 2019 and earn a third-place finish in 2021. Playing travel for Wasco Diamonds, Heard stood out both in the circle and at the plate this past summer. She was named Offensive MVP at the 16U World Fastpitch Championship, helping her team to a second-place finish. Heard’s squad also was co-champions of the Colorado Fireworks 16U.

Erika Perez is an infielder from Madera, Calif. Perez was named CMAC Offensive Player of the Year, and was a First Team All-League and an All-Area honoree last season for the Coyotes as they posted a perfect league record to earn the CMAC title. She led the league in batting average, hitting .618 for the season. Perez plays travel for the Cen Cal Dirt Dogs and was part of a team which earned a third-place finish at the 2019 PGF Premier Nationals.

Aliese Schmaltz is an infielder from Urbandale, Iowa. Schmaltz currently plays travel ball with the Iowa Blitz. Schmaltz was a 2019 Triple Crown All-Star and helped her team to the final four of the 2018 World Fastpitch Championship.