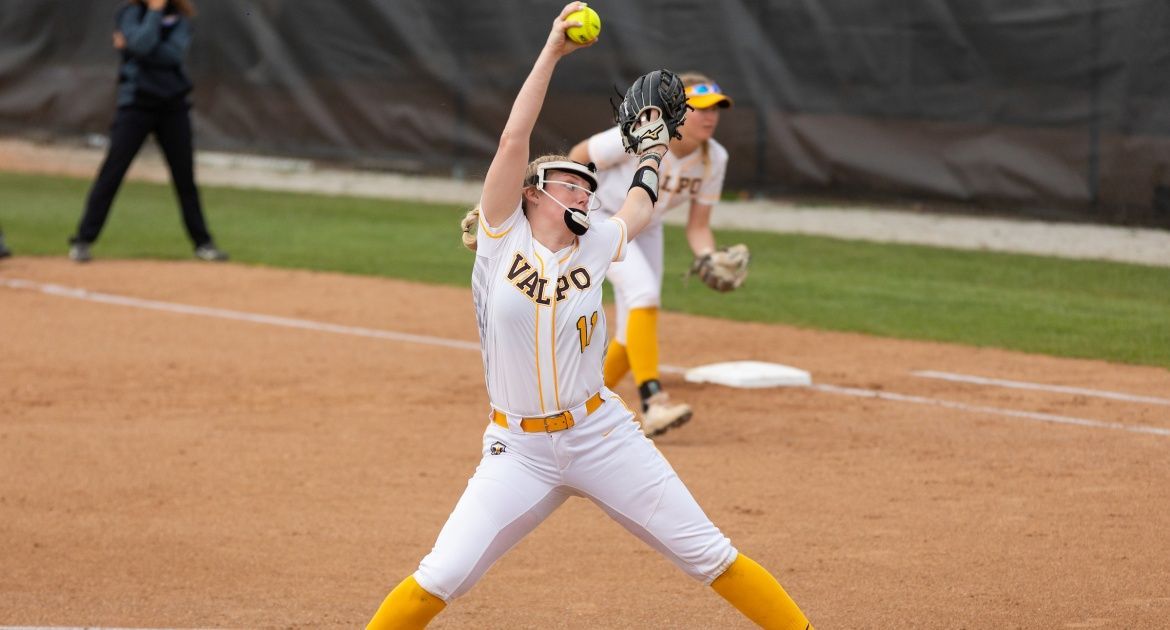 It was a great all-around team effort for the Valpo softball team in its regular season finale against Evansville on Sunday, as the Beacons’ offense and pitching both enjoyed one of their best games of the season in a 10-0 run-rule victory over the Purple Aces to claim the series win.

Valpo (14-32, 5-22 MVC) will open MVC Tournament action in Springfield, Mo. on Wednesday afternoon, as the tenth-seeded Beacons will take on seventh-seeded Indiana State at 1:30 p.m. The game will be broadcast live on ESPN+, as will all tournament games.