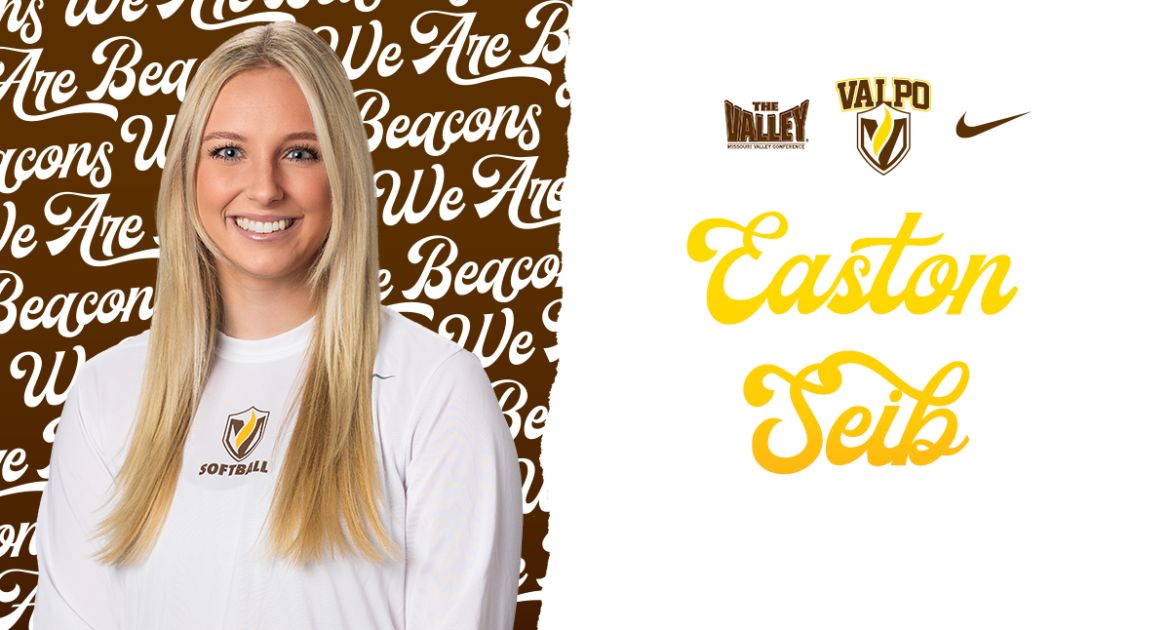 Valpo softball junior pitcher Easton Seib (Blue Springs, Mo./Blue Springs South) was named MVC Pitcher of the Week on Tuesday after a pair of standout performances in the circle against Evansville in the final series of the regular season.

In the series opener, Seib threw a complete-game four-hitter. After the Aces scored an unearned run in the top of the second, she allowed just one runner to reach scoring position the rest of the way. Then, the series finale saw Seib toss a three-hit shutout, matching her season low for hits allowed in her third shutout of the season.

For the weekend, Seib gave up just one unearned run in 12 innings of work, posting a perfect 0.00 ERA, and allowed Evansville hitters to bat just .159 off of her.

The honor is Seib’s second weekly award from the conference office this season, as she previously earned Pitcher of the Week accolades on Feb. 22. She is the first Valpo pitcher since Taylor Weissenhofer in 2016 to earn multiple conference weekly awards in the same season, and is just the fifth pitcher in program history to do so.