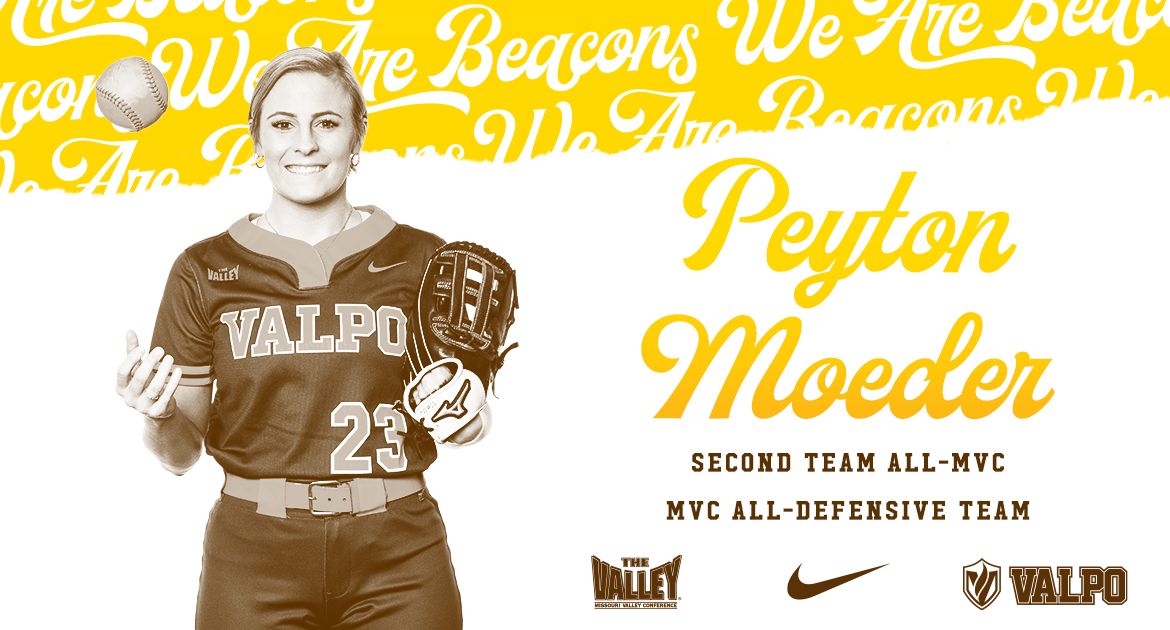 Valpo softball senior outfielder Peyton Moeder (Shawnee, Kan./Mill Valley) picked up a pair of awards on Wednesday morning as the Missouri Valley Conference announced its postseason award recipients. Moeder represented the Beacons on the Second Team All-MVC and on the All-Defensive Team.

Moeder finished the regular season hitting .284 with a team-high 25 runs scored. The senior also led the team in regular season play in hits (40) and on-base percentage (.348), ranked second on the team in average and walks (10) and third in stolen bases (10). Her 40 hits and 25 runs scored are both career highs in the respective categories, while Moeder also owns 31 career stolen bases, eighth-most in program history.

Defensively, Moeder has been a stalwart in center field over the last four seasons, as she enters the 2022 MVC Tournament having started 144 consecutive games as the outfield’s anchor. This year, Moeder has tallied 73 putouts — including numerous highlight-reel catches — and has picked up three outfield assists as well.

This is Moeder’s second career appearance on the MVC All-Defensive Team, as she also earned the accolade as a rookie in 2019. Moeder is Valpo’s first representative on the All-MVC First or Second Team since 2018.