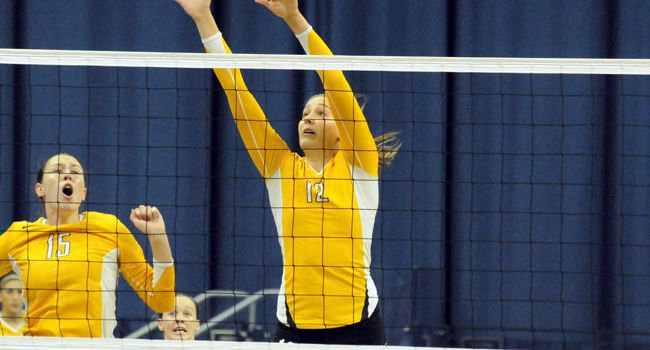 Valparaiso junior Ellen Vanden Berg (Little Chute, Wis./Little Chute) has been named the Horizon League Defensive Player of the Week after picking up 13 blocks last weekend in helping the Crusaders to the Hoosier Classic title.

Vanden Berg, who earned All-Tournament Team honors for the second time this season, started out the weekend with six blocks in the Crusaders' win over host Indiana. Five of Vanden Berg's rejections came in the third and fourth sets as Valpo rallied from two sets down to earn its first-ever win over a Big Ten opponent. She also stood out offensively against the Hoosiers, leading all players with 14 kills on .458 hitting.

The junior posted one block in a sweep of Miami while also tallying seven kills on .316 hitting before closing out the tournament with another strong performance at the net. Vanden Berg needed just three sets to record her second six-block match of the tournament in the Crusader sweep of UT-Chattanooga, including a pair of solo rejections.

On the weekend, Vanden Berg averaged 1.18 blocks/set to go with 2.55 kills/set on .361 hitting. The junior and the rest of the Crusaders return to action on Friday evening as Valpo kicks off Horizon League play at UIC at 7 p.m.