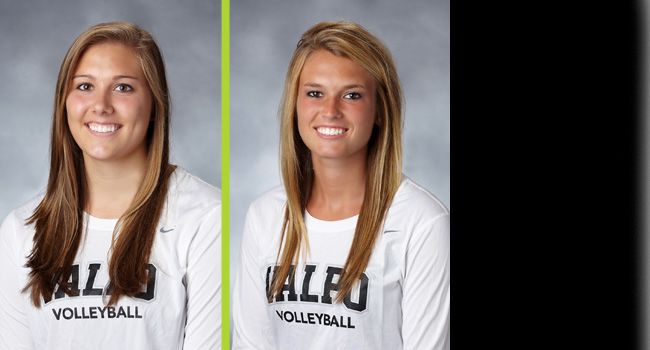 Vanden Berg dominated on both sides of the ball in the matches last weekend, but especially made her mark offensively. The junior started the Wisconsin swing with an error-free match at Green Bay, posting 16 kills on just 26 attacks for a .615 hitting percentage in the sweep of the Phoenix. Vanden Berg then picked up a career-best 23 kills, the most by any Crusader in over two years, and hit at a .391 clip in Valpo's five-set win at Milwaukee. Combined, the Little Chute native hit .472 with 4.88 kills/set on the weekend while also registering six blocks in each of the two matches.

Meanwhile, Root, who shared the Defensive Player of the Week honor with Milwaukee's Rachel Neuberger, was stellar as always for the Crusaders in the back row. The senior recorded 34 digs in the three-set sweep of Green Bay, a Valpo three-set match record and the highest total in a three-set match by any Division I player this season. With her 31st dig of the match, Root moved into the top-10 in NCAA history in career digs as well. Then against Milwaukee, Root tallied 23 digs as Valpo claimed its first regular season win on the road against the Panthers since joining the league. On the weekend, Root averaged 7.12 digs/set and also received 60 serves without committing a reception error.

Vanden Berg earned her second weekly honor from the Horizon League office, having previously been named Defensive Player of the Week on September 17. The junior becomes the first player since Cleveland State's Jenni Ramminger in 2007 to earn weekly honors on both sides of the net during the same season. Meanwhile, Root earned the weekly honor for the second time this season as well, pushing her career total to 10 weekly awards, most in Horizon League history.