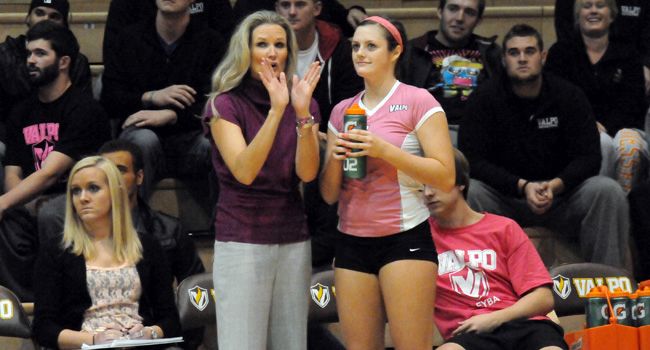 Valparaiso volleyball head coach Carin Avery announced today that Lexis Bouza, a 5'10" right side hitter/defensive specialist, has agreed to join the Crusader volleyball program as a freshman in the fall of 2013. The addition of Bouza gives the Crusaders seven incoming freshmen for the 2013 season.

Bouza was a First Team All-Conference honoree in each of her four years playing at Burlington Central [Ill.] H.S., earning First Team All-Region accolades this past season as a senior. This past season, Bouza led the Rockets in kills and blocks and finished second on the team in digs and aces. Bouza is currently playing volleyball for the 18 Blue squad at Club Fusion out of Marengo, Ill.