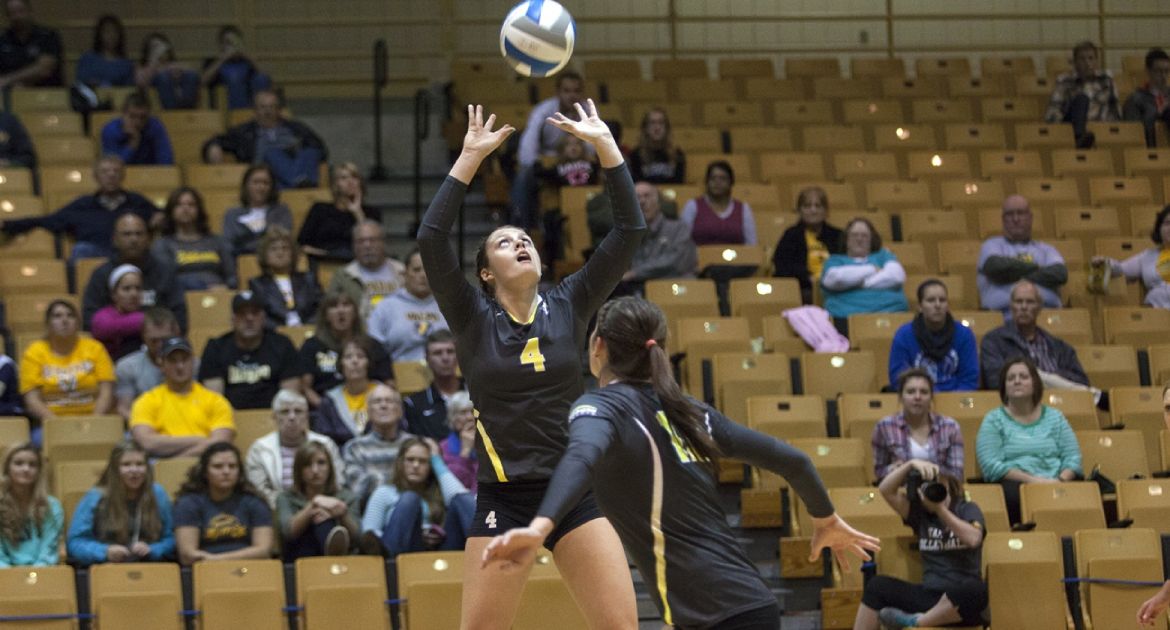 The Crusaders, who posted 18 total team blocks on Friday, were limited to just seven rejections against NDSU, as the Bison hit at a .274 clip for the match.  Jenni Fassbender led all players with 22 kills and committed just three attack errors, while Emily Miron hit .519 with 16 kills and also was in on nine of NDSU's 13 blocks.

Freshman Allison Ketcham (Mishawaka, Ind./Marian) closed out the quintet in double figures in kills with 11 and also registered a match-best 26 digs, pacing Valpo as it totaled 101 digs for the match.  Sophomore Morganne Longoria (Burlington, Wis./Burlington) added 24 digs from the libero position, while Campbell tallied 11 digs and junior Kelsey Berrington (Britton, Mich./Tecumseh) posted 19 digs to go with a career-high 64 assists.

While the first four sets featured 29 ties and 12 lead changes combined, none of the four frames were even tied past the 17-point mark as the Bison and Crusaders traded set wins to send the match to a fifth set.  In the final set, NDSU jumped out to a 5-1 edge and led the rest of the way.  The Crusaders used three straight points to close to within 13-12 late – two kills from Victor and a Campbell service ace – and fought off one NDSU match point chance thanks to a Ketcham kill, but Fassbender ended the match in the Bison's favor with a kill.

“North Dakota State did not make a lot of unforced errors tonight, which made it tough for us to score points on our serve,” said Crusader head coach Carin Avery.  “We had a great serving night, but our block wasn't sharp and we committed too many unforced errors of our own on the attack.  The number of unforced errors we made is uncharacteristic for us – it's only in the last week that they've become a problem, and it's something we need to limit going into the second half of league play.”

Valparaiso (17-5) has another non-league matchup on the docket for Tuesday evening, as the Crusaders head to the Windy City to take on Chicago State at 7 p.m.