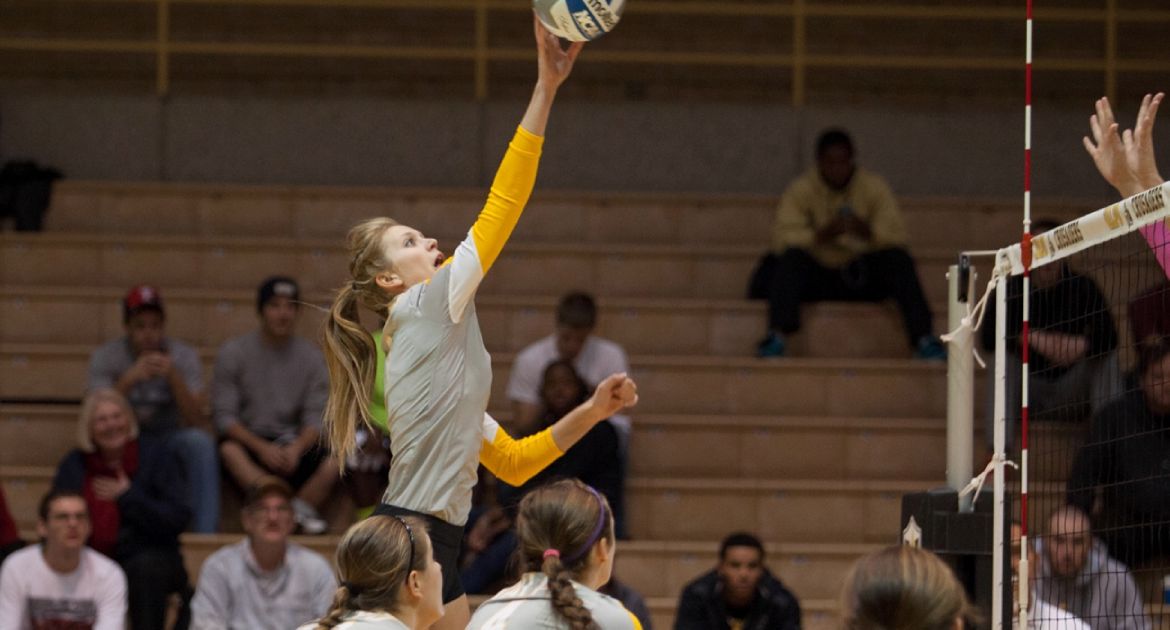 13 of the Crusaders’ 14 active players saw action on Tuesday night, with ten of those players appearing in at least two sets.  Leading the way offensively was sophomore Rachel Bruinsma (New Era, Mich./Western Michigan Christian), who reached double figures in kills for the first time this season and posted a new career high with 12 kills on .310 hitting.  Bruinsma also registered nine digs, coming up just one dig shy of her first career double-double.

Senior Kelsey Victor (Logansport, Ind./Logansport) enjoyed a stellar match on the attack, hitting .444 with 11 kills in the sweep.  After being held in single digits in kills in 11 straight matches, Victor has now reached double figures six times in the last eight contests, hitting above .400 in three of those outings.  Freshman Taylor Graboski (Upper Sandusky, Ohio/Upper Sandusky) continued her strong offensive play of late with nine kills on .438 hitting.  Over the last eight matches, Graboski has averaged over nine kills per match while swinging at a .343 clip.

Junior Kelsey Berrington (Britton, Mich./Tecumseh) saw most of the action at setter on Tuesday and recorded a double-double, posting 35 assists and a team-best ten digs.  Sophomore Morganne Longoria (Burlington, Wis./Burlington) and freshman Tarrah Lasky (Valparaiso, Ind./Valparaiso) each tallied eight digs as well as the Crusaders limited Chicago State to just 33 kills on .095 hitting.

The Crusaders claimed the opening set thanks to a mid-set run, pushing a 15-14 lead out to 22-15 thanks to a 7-1 spurt which included three Bruinsma kills, as well as a pair of kills from Graboski.  Valpo held off two set point chances from the Cougars in the second set and converted on its third chance to end the frame, thanks to back-to-back kills from Graboski and Bruinsma.  Then, in the final set, sophomore Jamie Lacheta (Warsaw, Ind./Warsaw) tallied three kills in a six-point stretch as the Crusaders pushed their lead out to 14-7, and the advantage wouldn’t fall under four points the rest of the way.

Chicago State (6-16) was led by 11 kills from Milica Zmiric, but she was the only Cougar to reach double figures.  Sarah Metcalfe handed out 24 assists, while Julia Menhart totaled a match-best 16 digs and Essence Jackson-Jones posted six blocks.

Valparaiso (18-5) kicks off the second half of Horizon League play at the ARC Friday evening against Milwaukee at 7 p.m.  First serve is slated for 7 p.m., with live video through the Horizon League Network, live audio through WVUR (95.1 FM, Valparaiso) and live stats available at ValpoAthletics.com.