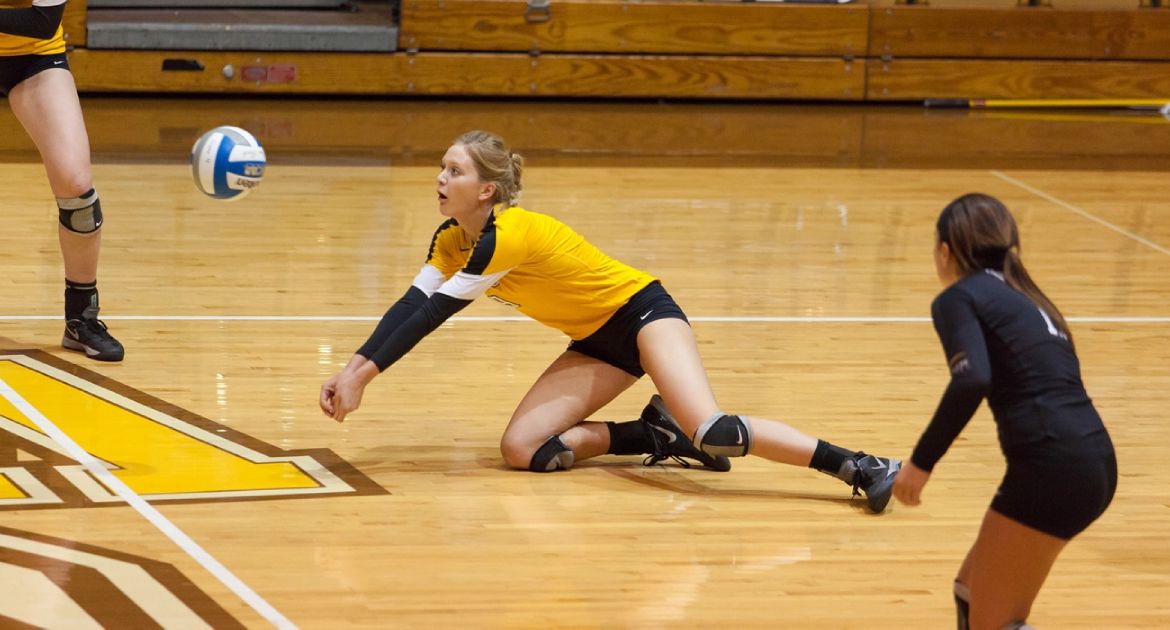 The Valparaiso volleyball program made it 13 consecutive seasons with 20 or more victories on Friday evening, sweeping Cleveland State (25-13, 25-9, 25-18) in Cleveland to reach the milestone in 2014 and improve to 6-4 in Horizon League play.

Valpo entered this season as one of just ten programs nationwide which had won at least 20 matches every season since 2002.  The Crusaders were the fifth program to extend that streak to at least 13 straight 20-win seasons this year, joining Colorado State, Penn State, Stanford and Western Kentucky.

The 20th win came with ease Friday night for Valpo, as there was just one lead change over the match’s three sets.  That lead change would come after the Vikings claimed the first two points of the match.  The Crusaders eventually took the lead for good in the opening frame at 7-6, and after CSU briefly tied things up, Valpo put up six straight points – including two kills from freshman Taylor Graboski (Upper Sandusky, Ohio/Upper Sandusky) – to take control.  That six-point spurt was the start of a 18-6 run which would end the opener in Valpo’s favor, as the Crusaders hit .400 in the first set while holding the Vikings to negative hitting.

The third set looked like it would be more of the same, as Valpo jumped out to a 10-4 edge.  But Cleveland State responded with six straight points to tie the set at 10-10 and make things interesting.  It was still just a 17-16 Crusader lead before the offense of Campbell and senior Kelsey Victor (Logansport, Ind./Logansport) took over late.  Victor and Campbell each had three kills in the late stages of the third set as the Crusaders closed on an 8-2 run to finish out the sweep.

As she has done most of the season, Campbell led the way offensively, posting 12 kills while also tallying 13 digs for another double-double.  Victor and Graboski both added eight kills while hitting .385 and .368, respectively, as the Crusaders hit .257 for the match.  Junior Kelsey Berrington (Britton, Mich./Tecumseh) dished out 29 assists in the win.

Bruinsma picked up five aces over the three sets Friday, tying for the fifth-most in a three-set match in Crusader history and leading the way as Valpo totaled nine service aces in the win.  Sophomore Morganne Longoria (Burlington, Wis./Burlington) registered a match-best 21 digs, while Graboski was in on five of Valpo’s seven blocks, including a pair of solo rejections.

Valpo limited Cleveland State (11-12, 4-6 Horizon) to just .017 hitting and 21 kills on the night, as three CSU players combined for 19 of the team’s 21 kills, led by seven terminations from Grace Kauth.  Dayna Roberts posted a double-double with 11 assists and ten digs.

Valparaiso (20-6, 6-4 Horizon) looks for the weekend sweep and to move into a tie for third place in the league standings at Youngstown State on Saturday afternoon.  First serve is slated for 4 p.m. CT, with live video through the Horizon League Network and live stats available at ValpoAthletics.com.