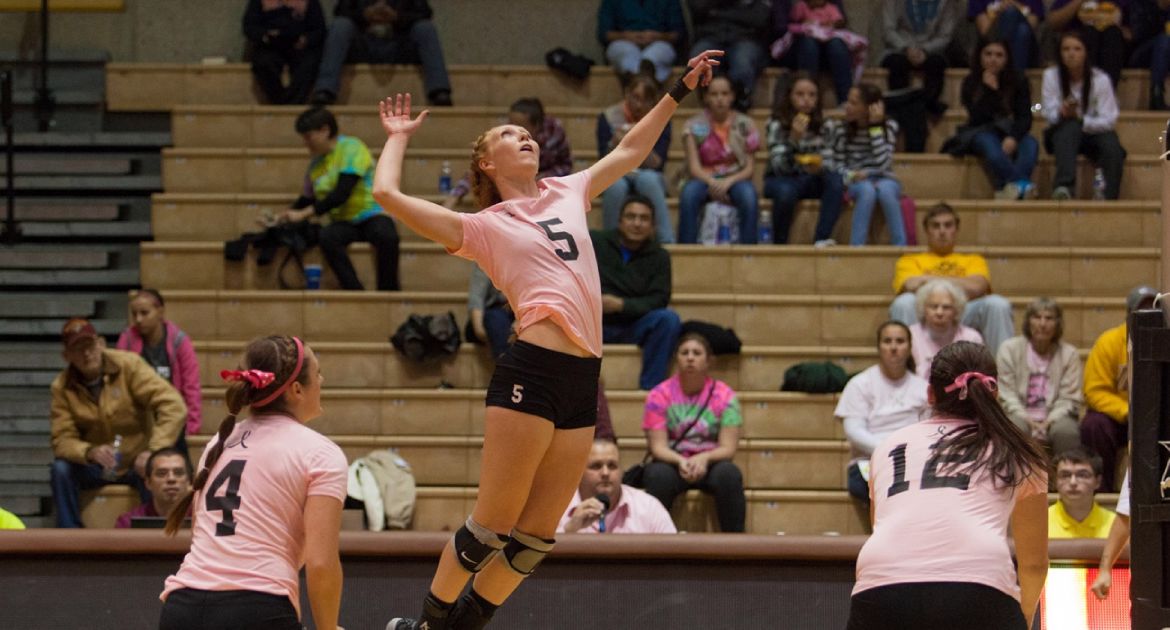 The Crusaders’ service game helped lead them to victory in the morning match over Western Illinois (2-11), as Valpo racked up 15 service aces over the four sets. The 15 aces marked the most by a Crusader squad in a single contest since 2007, setting a new high for the 25-point rally scoring era, and were tied for the fourth-most in a four-set match in program history. Senior Kelsey Berrington (Britton, Mich./Tecumseh) led the way with five aces, while junior Morganne Longoria (Burlington, Wis./Burlington) added four as well.

Valpo was strong offensively all match long, hitting .321 for the contest, and the Crusaders locked down defensively in the final three sets. WIU hit at a .480 clip in the opening set, which the Leathernecks claimed by scoring back-to-back points after Valpo had rallied with a 6-0 run to tie things at 23 apiece. The Crusaders clamped down from there, though, as WIU hit just .128 over the final three frames. Valpo used big early runs in both sets two and three to seize control, and then scored four straight points midway through the fourth set to pull away from the Leathernecks.

It was all Indiana State (11-4) early on in the nightcap, as the Sycamores hit .556 in the first set in pulling away to go ahead. ISU then held off the Crusaders late in set two, never letting Valpo move any closer than two points late and going into the in-game break up two sets to none.

But the Crusaders would rally. Trailing 22-21 late in set three, Valpo scored four straight points – highlighted by an ace from Campbell – to force a fourth set. Then, with the score tied 20-20 in set four, the Crusaders pushed the match to a decisive fifth set by scoring five of the final seven points, with Valpo’s final two points coming on Ketcham kills. Valpo looked poised to possibly complete the comeback in the fifth set, as the Crusaders led by three points on multiple occasions and as late as 12-9, but the Sycamores scored the match’s final six points to earn the 3-2 win.

Ketcham represented the Crusaders on the All-Tournament Team after averaging a team-high 3.00 digs/set for the weekend. Offensively, the sophomore stood out as well, hitting at a .354 clip while posting 2.75 kills/set. This marks the third time in Ketcham’s career she has earned an All-Tournament award.

Valparaiso (12-2) opens up Horizon League play on the road next weekend, starting with a Friday night match at Northern Kentucky. First serve is slated for 6 p.m. CT.