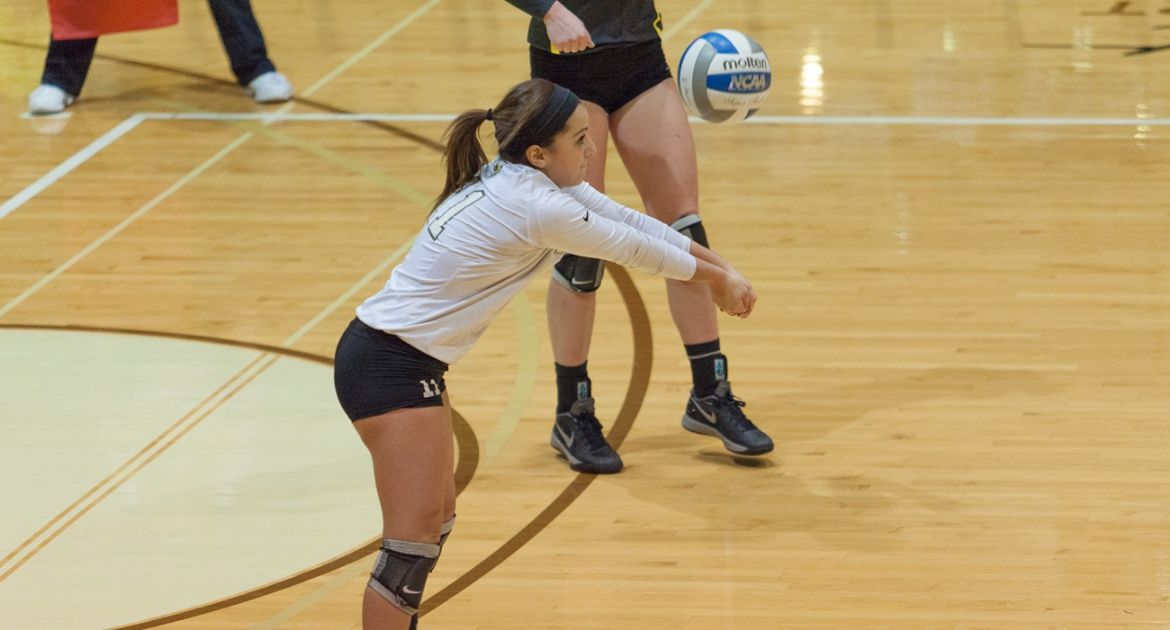 Crusaders open up Horizon League play on the road

This Week in Crusader Volleyball: Valparaiso opens up Horizon League play on the road this weekend, taking on league newcomer Northern Kentucky before heading to Wright State. The Crusaders then return home for a league match versus UIC Tuesday night.

Previously: Valpo went 2-1 in its final early-season tournament of the year, earning wins in three sets over Chicago State and in four sets over Western Illinois at Indiana State’s ISU Classic before falling in a comeback attempt against the host Sycamores in five sets in the tournament finale. The Crusaders were represented on the All-Tournament Team by sophomore Allison Ketcham.

Head Coach Carin Avery: In her 14th season as head coach at Valparaiso, Carin Avery has won 324 matches and has led Valpo to three league regular season and tournament titles, as well as three NCAA Tournament appearances. A two-time league Coach of the Year, Avery has coached 40 All-League recipients over her tenure as Crusader head coach. She is Valpo’s all-time leader in both victories and winning percentage, and owns 379 career victories overall as a head coach.

Series Notes: Northern Kentucky – Valpo is just 0-1 all-time against the Norse, but has not faced NKU since 1985, when the two squads met at the IPFW Classic and NKU won 3-0.

Wright State – Valpo owns an 18-14 advantage in the all-time series over the Raiders and has defeated WSU 14 consecutive times dating back to 2008. Last season, the Crusaders swept the Raiders in both matchups, with Allison Ketcham combining for 24 kills and 23 digs over the pair of wins.

UIC – The Crusaders hold a narrow 27-24 edge in the series with the Flames and took two of three meetings last season, losing at home 3-1 before sweeping UIC in Chicago and at Oakland in the first round of the Horizon League Championship. The win in Chicago was particularly impressive, as Valpo hit .426 for the match – the team’s best hitting percentage in a single match since 2007.

Scouting the Opposition: Northern Kentucky – The Norse enter their first season of Horizon League play with a 5-7 record overall, coming off a pair of losses last weekend to Miami (Ohio) and IPFW. Keely Creamer leads NKU offensively, averaging 3.00 kills/set on .300 hitting, while Keyaira Lankheit paces play at the net with nearly a block per set.

Wright State – The Raiders have enjoyed one of the nation’s top turnarounds in the early part of the season, entering league action at 11-4 after winning just five matches all of last season. Katie Klusman leads the Horizon League and ranks 11th nationally, posting 4.60 kills/set, while Megan Hopkins registers 3.26 kills/set.

UIC – The Flames enter the weekend at 6-7 overall, going 1-2 last weekend at the Denver Invitational. Reigning league co-Player of the Year Stephenee Yancy is having a strong season on both sides of the ball, hitting .358 with 4.20 kills/set and 0.88 blocks/set.

Aces Up: Valpo already ranked among the top teams in the nation in aces/set entering last weekend, but took its serving to another level at the ISU Classic. The Crusaders opened the weekend with 10 aces in the sweep of Chicago State, and then had 15 aces in the win over Western Illinois - the most by a Crusader squad in a single contest since 2007, a new high for the 25-point rally scoring era, and tied for the fourth-most in a four-set match in program history. On the weekend, Valpo averaged 2.50 aces/set and is now recording 2.14 aces/set for the year, second-most in the nation. Three Crusaders currently rank among the top-five in the Horizon League individually in aces/set, led by senior Kelsey Berrington, who has 21 aces in 47 sets.

League Success: The Crusaders are looking to maintain their tradition of being one of the top squads in the Horizon League in 2015. Valpo has finished among the top-four in the league every season since joining the league prior to the 2007 campaign, including four second-place finishes in the last seven seasons. In addition, the Crusaders are the only team to progress to at least the league tournament semifinals each season since they joined the league. Valpo owns a .664 (81-41) winning percentage in Horizon League play since 2007.

Berrington Hits 3K: Early on in the Crusaders’ first match of the Popcorn Classic against Kennesaw State, senior setter Kelsey Berrington became just the fifth player in program history to surpass 3,000 career assists. Later on in the tournament, Berrington moved past Katie Bova (3,061 assists) for fourth all-time at Valpo in the category and currently sits with 3,198 career helpers. The senior is on pace to end her career third in Crusader history in assists.

Digging Deep: Junior libero Morganne Longoria has been the Crusaders’ starting libero since stepping on campus as a freshman, and finds herself already nearing a spot on Valpo’s all-time top-10 chart in the digs category. The preseason Horizon League Defensive Player of the Year, Longoria has tallied 174 digs on the season to push her career total to 1,249 digs – just 22 away from matching Laura Kulans for 10th-most in Crusader history.

Best Start in Program History: This year’s Crusader squad went deeper into the season than any other team in program history before suffering its first loss. Valpo’s win on Sept. 12 over Savannah State improved its record to 9-0, surpassing the 2003 and 2013 teams, both of which started the year 8-0 before losing for the first time.

Bringing Home the Hardware: The Crusaders continued their tradition of filling up the ARC trophy case in 2015, as the two titles this year at UT Chattanooga and St. Francis Brooklyn mark 21 in-season tournament titles in the 14-year tenure of head coach Carin Avery. With the victory at the Terrier Invitational, Valpo made it five consecutive in-season tournament championships dating back to last year - a new program record. Valpo has now brought home at least one in-season championship in 11 of the last 14 years as well.

In Search of 20 More Wins: The Valpo volleyball program is already just eight wins away from extending an impressive streak this season. The Crusaders find themselves among a prestigious group of programs nationwide, as last year’s 25-win campaign was the 13th straight season the Crusaders captured at least 20 victories. Only 10 Division I volleyball programs have won at least 20 matches in each of the last 13 years, a group which includes Colorado State, Florida, Hawai'i, Nebraska, Ohio, Penn State, Stanford, UNI and Western Kentucky.