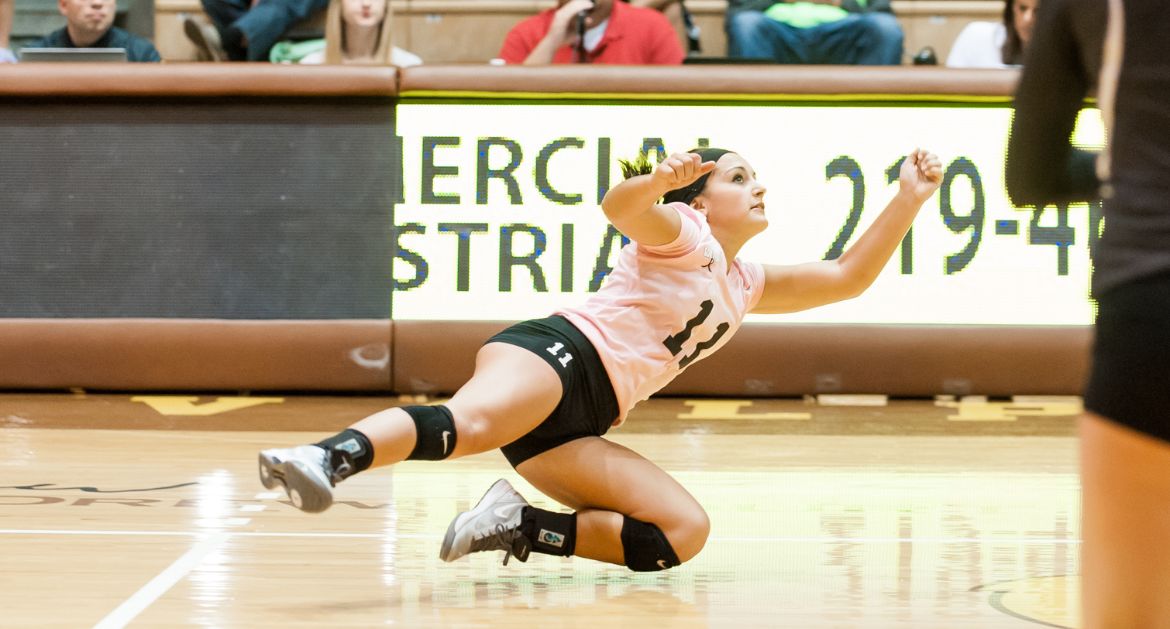 Tight sets went against the Valparaiso University volleyball team Saturday afternoon at the ARC, as Green Bay claimed the key points late to send the Crusaders to a 3-0 (25-23, 25-20, 25-21) defeat.

Leading 17-15 in the first set, the Crusaders surrendered a 7-2 run – which included three Phoenix service aces - to fall behind 22-19. Back-to-back kills from sophomore Taylor Graboski (Upper Sandusky, Ohio/Upper Sandusky) brought Valpo back within one point, but the teams would side out the rest of the way as the Crusaders were unable to totally erase the deficit.

Trailing 13-10 midway through the second frame, Valpo rallied for the lead with four straight points, including a pair of kills by junior Emily Campbell (Grand Rapids, Mich./Forest Hills Central). The teams would trade the lead over the next few points, with the Crusaders’ last advantage coming at 18-17 on a block from redshirt freshman Kayla Currier (Frankfort, Ill./Lincoln-Way East) and junior Jamie Lacheta (Warsaw, Ind./Warsaw). But Green Bay scored the next four points, and while Graboski and sophomore Allison Ketcham (Mishawaka, Ind./Marian) picked up kills to cut the lead to 21-20, the Phoenix scored the final four to go up two sets to none.

Green Bay led throughout the first half of the third set, with Valpo claiming its first lead at 15-14 on a Graboski kill. Again, it would stay tight for a while, as the Crusaders kept the Phoenix within arms reach after surrendering the advantage, tying the frame at 20-20 on a service ace by Morganne Longoria (Burlington, Wis./Burlington). But out of a timeout, the Phoenix ended the match on a 5-1 run to complete the sweep.

Campbell paced Valpo with 14 kills on Saturday, also posting 14 digs for a double-double, while Graboski added 13 kills. The Phoenix limited the Crusaders to just .170 hitting – the team’s third-worst performance of the year. Longoria led all players with 20 digs.

Valparaiso (16-4, 4-2 Horizon) closes out a five-match homestand Tuesday night when it hosts Chicago State in non-league action at 7 p.m. The match can be seen live on ESPN3.com, with live audio and live stats also available via ValpoAthletics.com.