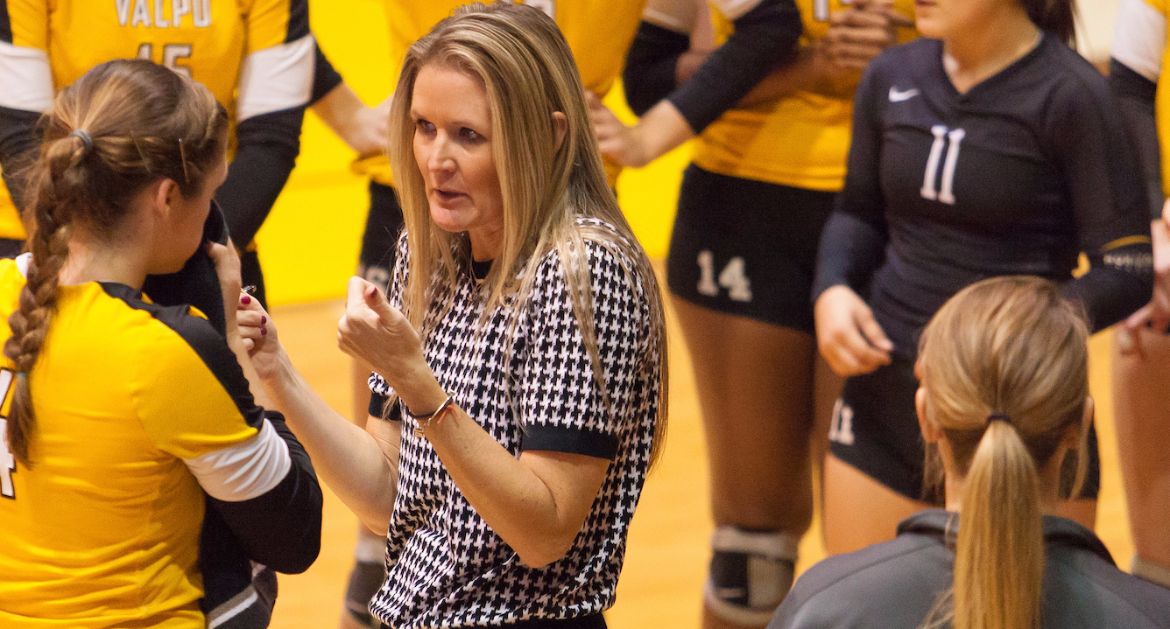 Valparaiso University volleyball head coach Carin Avery earned the 400th victory of her coaching career Saturday afternoon as the Crusaders defeated South Dakota State 3-0 (25-13, 25-18, 25-15) in the Popcorn Classic at the Courts of NWI. Valpo fell in its tournament finale to Duquesne, 3-1 (25-16, 25-18, 20-25, 25-17). The Crusaders were represented on the All-Tournament Team by senior libero Morganne Longoria (Burlington, Wis./Burlington).

How It Happened – South Dakota State

How It Happened – Duquesne

The Rest of the Kernels

The Crusaders (6-4) face their first non-tournament matchup of the season Tuesday evening as they will travel to take on Bowling Green. The match will be broadcast live on ESPN3, WatchESPN and the ESPN app. Links for the live video and live stats will be available via ValpoAthletics.com.