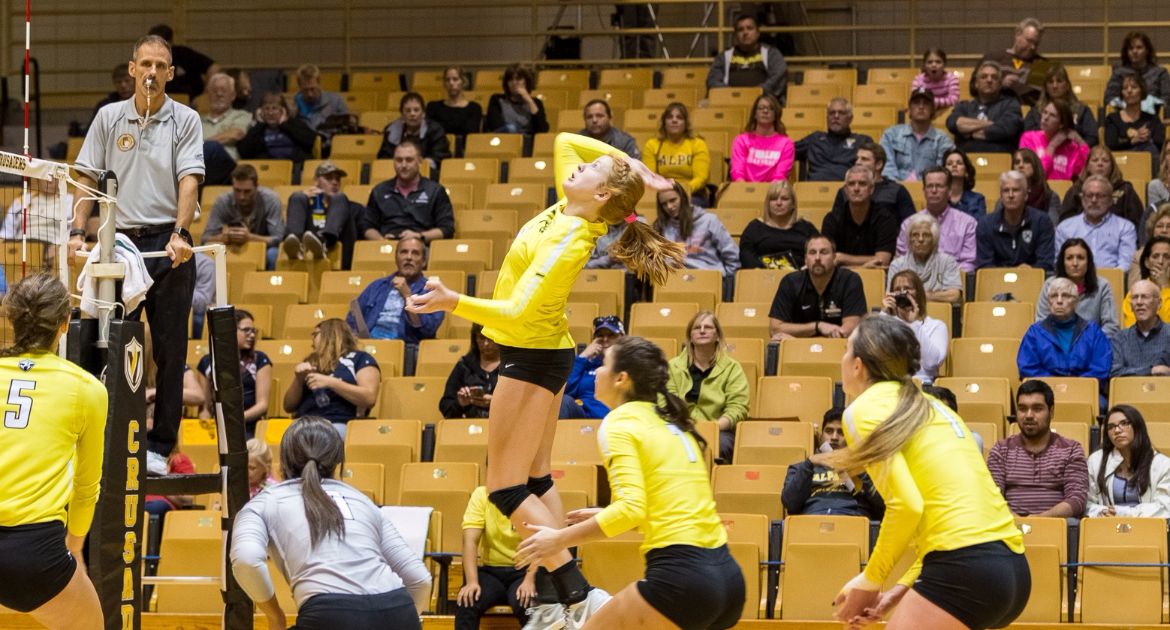 Coming off a hard-fought win on Friday night, the Valparaiso University volleyball team was unable to slow down Northern Kentucky on Saturday, as the Crusaders fell to the Norse by a 3-0 (25-21, 25-15, 25-19) final at the ARC.

The Crusaders (11-15, 3-7 Horizon) step out of league play for the final time this season on Tuesday as they travel to take on Fort Wayne at 6 p.m. CT. Links for the live video and live stats will be available via ValpoAthletics.com.