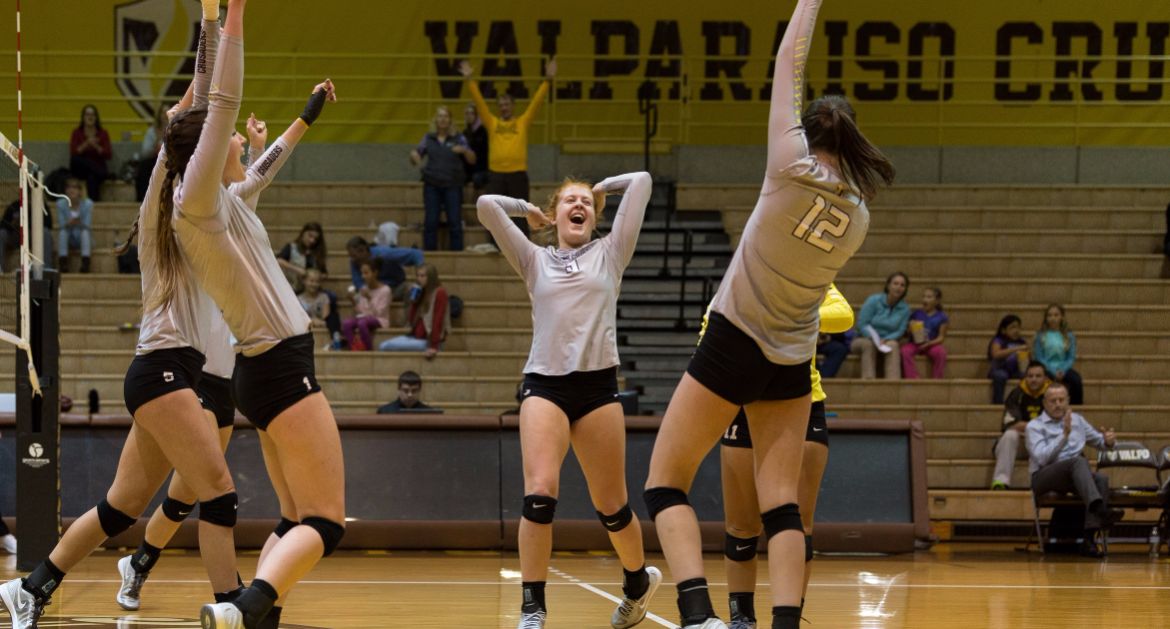 “Coming down the stretch of league play, everybody has a lot to play for – whether its teams battling for seeds or teams fighting to get into the tournament. So there’s a lot of pressure on everyone right now to perform, and I thought we came out and handled the pressure well tonight.”

“We’ve been working on some new things in practice this last week with the system we’re running, and I thought we did an excellent job implementing those ideas into tonight’s match.”

The Crusaders (14-16, 5-8 Horizon) continue the three-match homestand on Saturday afternoon as they host Green Bay at 4 p.m. The match can be seen live on ESPN3, WatchESPN and the ESPN app, and heard live on WVUR (95.1 FM, Valparaiso), with links for the live video, audio and stats available via ValpoAthletics.com. It will also be Senior Night for Valpo, as the program honors its six seniors following the match.