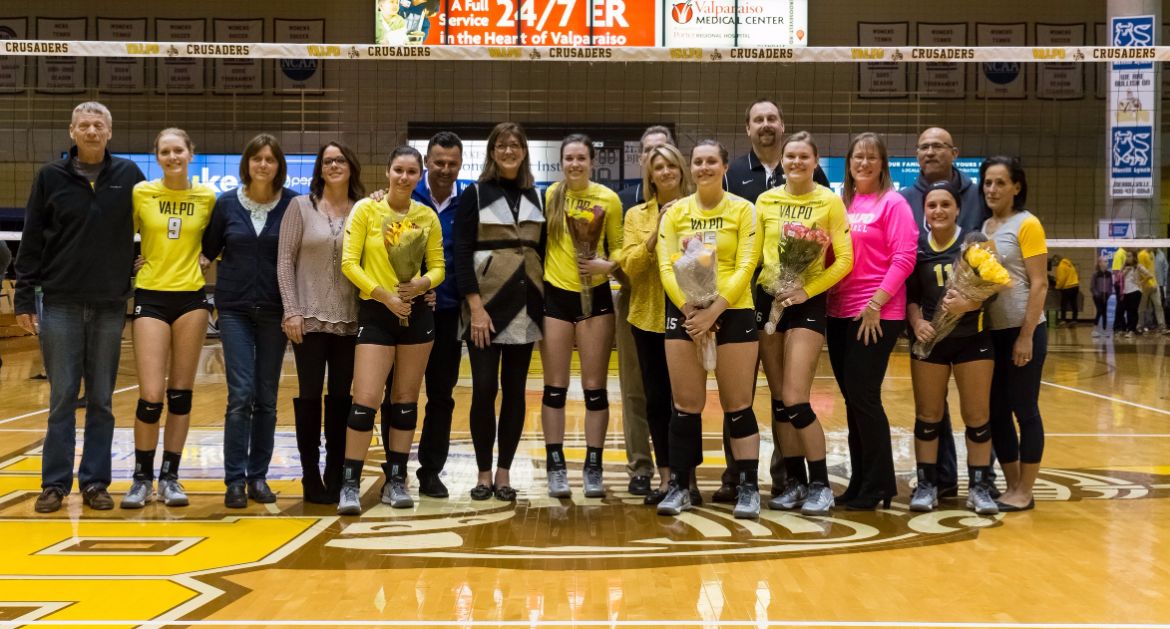 The Valparaiso University volleyball team led Green Bay in Horizon League play Saturday evening at the ARC, two sets to one, but the Phoenix claimed the final two sets to earn the 3-2 win and spoil the Crusaders’ Senior Night.

The Crusaders (14-17, 5-9 Horizon) close out the 2016 home slate at the ARC Wednesday evening at the ARC as they host Oakland. First serve is slated for 6 p.m., and all the action can be seen live on ESPN3, WatchESPN and the ESPN app. Links for the live coverage will be available via ValpoAthletics.com.