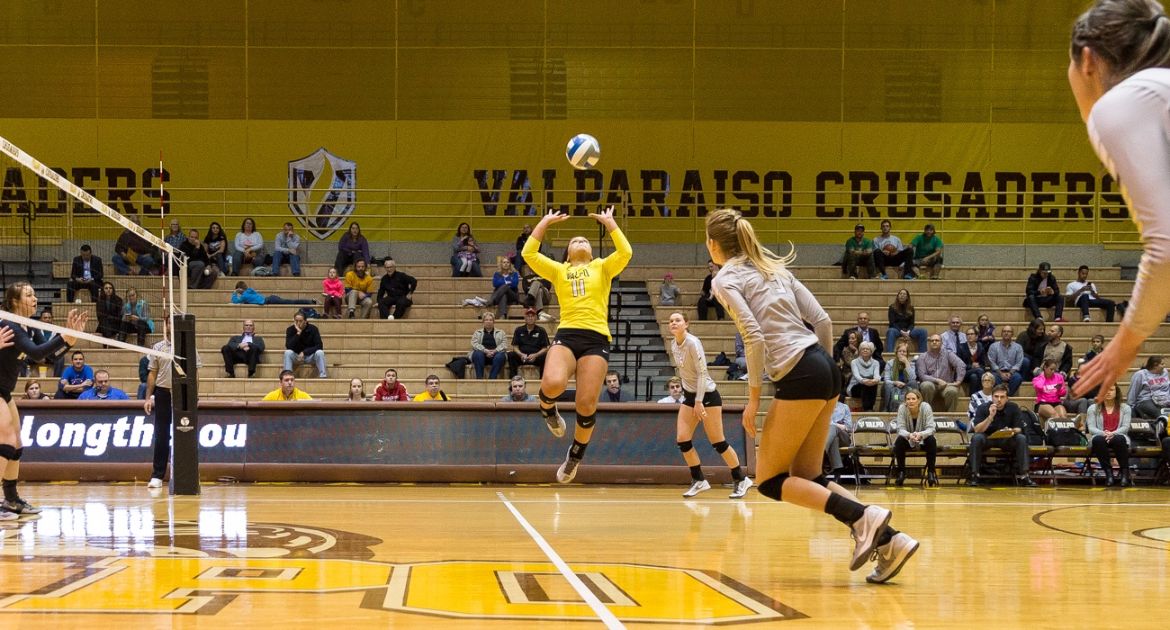 The Valparaiso University volleyball team finished out its 2016 home schedule at the ARC on Wednesday evening with a key 3-1 (25-19, 25-23, 17-25, 25-22) victory over Oakland in Horizon League play. Playing in her final home match, senior Jamie Lacheta (Warsaw, Ind./Warsaw) set a new career high with 16 kills.

“I thought it was a really evenly matched contest tonight. We were able to win big points at the end of sets two and four, when the score was close. When we needed a big kill or block, we were able to stay aggressive and get the point when we needed it.”

“Morganne was great again for us tonight. She is touching the ball so many times in this system, and was outstanding – both passing when she took the first ball, and in setting up our hitters.”

“I just love the fact that our pin hitters are embracing the system. They’re really swinging aggressively while also being smart. They’re starting to try different things on the attack that we've had a chance to work on in practice over the last few weeks.”

“I also give a lot of credit to our middles. This system is tough for them because they know they're not getting to get set much on offense. They’ve really done a great job staying focused and staying engaged on defense, knowing that side of the game is where they’re going to make a big contribution to our wins.”

The Crusaders (15-17, 6-9 Horizon) close out the regular season Saturday afternoon at Milwaukee with a 4 p.m. first serve. The match can be seen live on ESPN3, WatchESPN and the ESPN app, with links for the live video and live stats available via ValpoAthletics.com.

Valpo has nearly secured a berth in the Horizon League Championship. A win on Saturday would assure the Crusaders a spot in the tournament, while one loss by Wright State or a pair of UIC victories this weekend would also clinch Valpo’s berth.