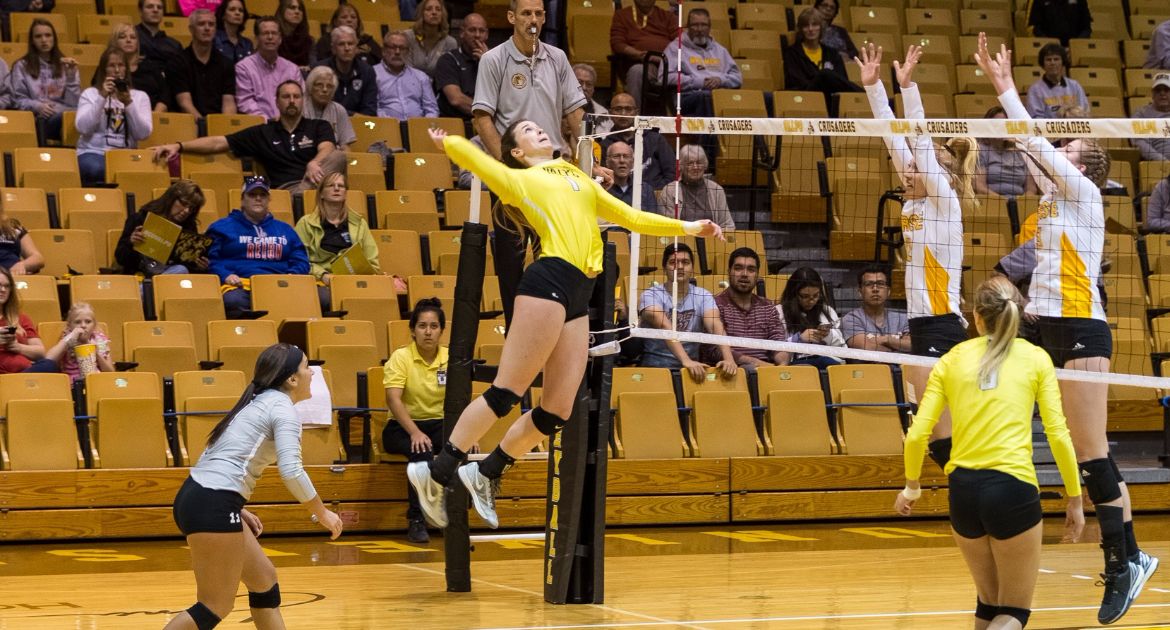 The Valparaiso University volleyball team closed out the regular season Saturday evening in Milwaukee, Wis., falling to the Panthers of Milwaukee in straight sets (25-11, 25-16, 25-23). The Crusaders had already clinched a berth into the Horizon League Championship by virtue of Friday night’s results and will head to the league tournament next weekend in Cleveland as the sixth seed.

The Crusaders (15-18, 6-10 Horizon) will head to Cleveland next weekend as the sixth seed for the Horizon League Championship and will face third-seeded Northern Kentucky in first-round action on Friday.