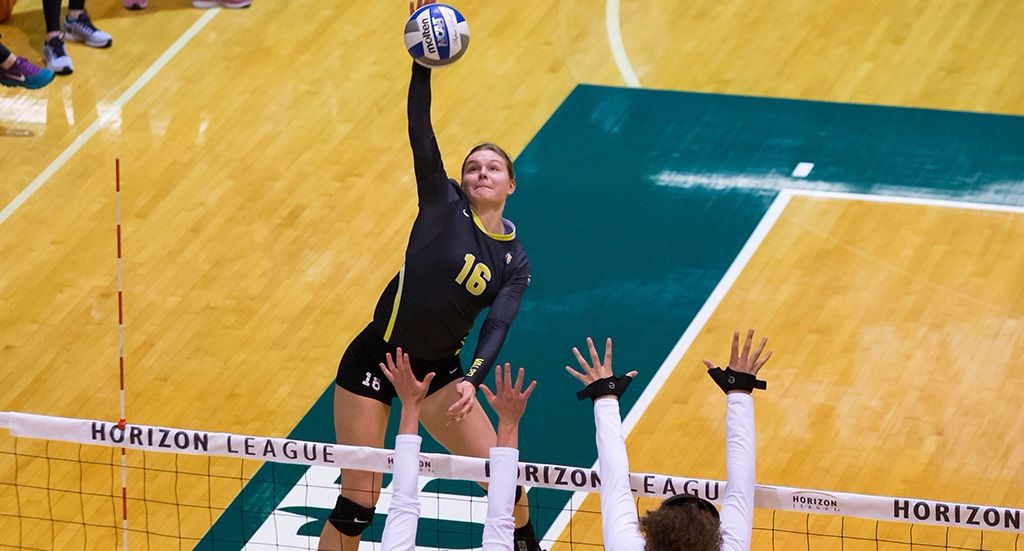 In a match which seemed to encapsulate the season in a single contest, the sixth-seeded Valparaiso University volleyball team fought to the very end against third-seeded Northern Kentucky in a first-round matchup at the Horizon League Championship Friday before the Norse came out with the 3-2 (20-25, 29-27, 25-27, 25-21, 15-11) victory to end the Crusaders’ season.

The Crusaders, who were besieged by injuries all season long and played the final month-plus of the season without a full-time traditional setter, drew perhaps their worst possible matchup for the first round, facing a Northern Kentucky squad which had already swept Valpo twice during the regular season. But the Crusaders, as they had done all season long when faced with adversity, stepped up to the challenge, taking two of the match’s first three sets before coming up just short in the end. Along the way, senior Morganne Longoria (Burlington, Wis./Burlington) registered the first 30-30 effort in program history.

“What a great match today. I’m so proud of the seniors and our entire team for leaving nothing on the court tonight. It was a hard-fought match, and unfortunately we ran out of gas at the end and couldn’t pull it out.”

“I’m proud that we even made it to the tournament this season, considering all of our injuries. What we did this season at the end was amazing. It was fun to coach this group, and we truly enjoyed their competitiveness and the amount of fun they had together. This senior class will be missed – not only for how they performed on the court for us, but more importantly, what they brought to us and what they did off the court.”