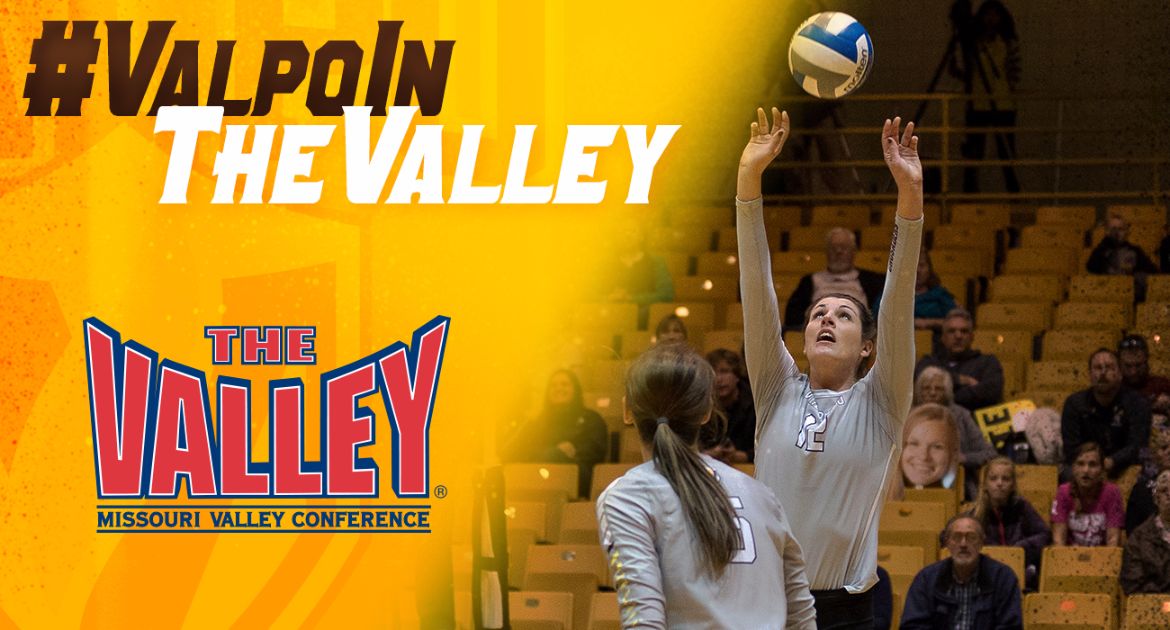 Continuing the #ValpoInTheValley series, which will take a look at each of the Missouri Valley Conference’s 17 sports, is volleyball. Learn about the landscape of The Valley in volleyball, how Valpo has fared against opponents from The Valley in the past, and hear from head coach Carin Avery as she talks about what the program is looking forward to entering its first season of MVC competition and who will lead the way in 2017 for her team.

Battling through adversity, the Crusader volleyball team finished the 2016 campaign 15-19, including a 6-10 mark in Horizon League play. It was the first season Valpo had failed to reach the 20-win milestone since 2001.

Valpo was hit by a multitude of injuries, including ailments which sidelined both of the squad’s setters. But head coach Carin Avery implemented an unprecedented strategy, utilizing libero Morganne Longoria as the team’s setter simultaneously with her role as libero. Over the season’s final 13 matches, with Longoria playing as both libero and setter, the Crusaders went 7-6.

Longoria was named an Honorable Mention All-American by Volleyball Magazine and was tabbed the Horizon League Defensive Player of the Year, while Emily Campbell was an Honorable Mention All-League honoree. Campbell and Longoria were both members of the six-player senior class which graduated, but among the returnees are Valpo’s top two in total kills from 2016 (Taylor Graboski, Katherine Carlson), its leader in assists (Lizzie Zaleski), its leader in service aces (Carlson) and two of its top three in blocks (Sydney Bronner, Graboski).

The Missouri Valley Conference has been a consistent multi-bid presence in the NCAA Tournament in volleyball, among the conference’s most successful sports in terms of NCAA bids.

Three teams received bids last season – Wichita State as the automatic bid, while Missouri State and UNI received at-large berths – but that seems to be the norm in The Valley. Seven of the last 10 seasons have seen The Valley garner at least three NCAA Tournament berths, highlighted by four-bid campaigns in 2007, 2010 and 2015.

The conference boasts 13 AVCA Honorable Mention All-American recipients over the last three seasons. The Valley’s last All-American in volleyball came in 2013, when Wichita State’s Chelsey Feekin was named a Third Team All-American by the AVCA.

Valpo Versus The Valley

The Crusaders own a strong record against current MVC programs in their recent history, going 11-5 versus the other nine schools in The Valley since the start of the 2010 season.

Valpo and Loyola shared a league from 2007 through 2012, and the Crusaders are 10-3 against the Ramblers over the last 10 years.

The Valley plays a balanced schedule in volleyball, so Valpo will see each of the other nine conference teams twice in 2017 – once at the ARC and once on the road – in an 18-game conference schedule.

The top six teams in the regular season standings advance to the MVC Volleyball Championship, which will be contested in Normal, Ill. from Nov. 23-25, 2017. The top two seeds earn spots in the tournament’s semifinals, while the other four teams play for spots in the semis. The winner of the conference championship match on the 25th will earn the MVC’s automatic bid to the 2017 NCAA Volleyball Tournament.