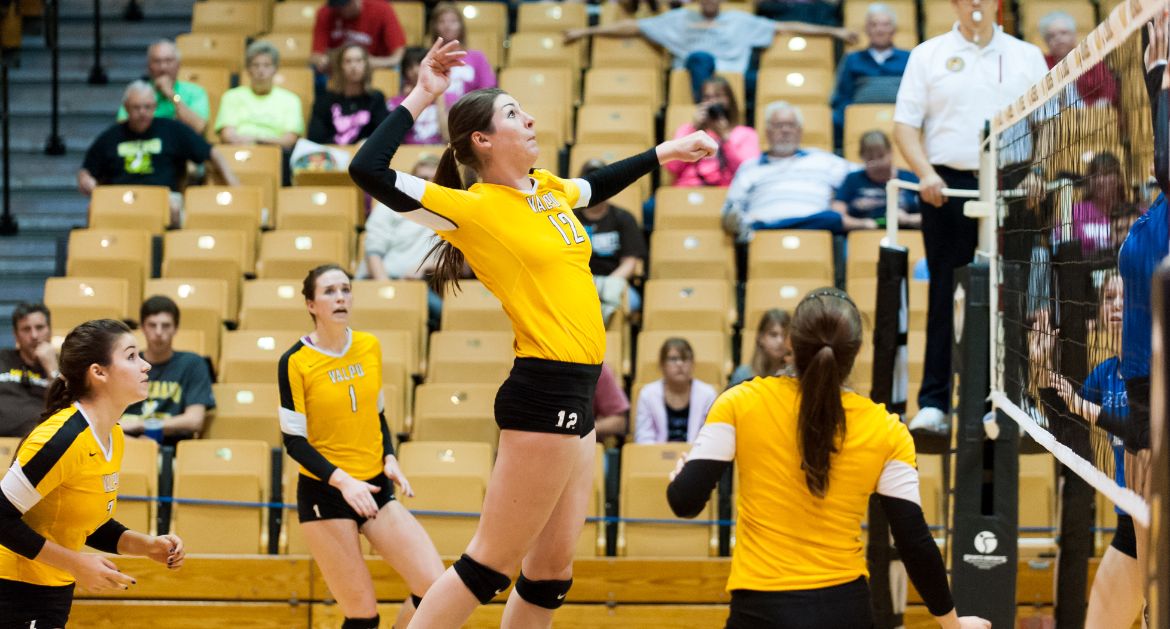 Taylor Graboski and the Crusaders were picked to finish in seventh place in the MVC.

The Valparaiso University volleyball team has been chosen to finish in seventh place in the Missouri Valley Conference in its first season as a Valley member in 2017, according to preseason polling of the league’s head coaches.

The Crusaders totaled 32 points in the polling to place seventh. Defending champion Missouri State received nine of 10 first-place votes and sat atop the poll, while UNI picked up the other first-place nod and placed second. Illinois State, Loyola, Southern Illinois and Drake came in ahead of Valpo, while Bradley, Indiana State and Evansville rounded out the polling.

Four starters from last year’s squad return for the Crusaders in 2017 as they look to rebound from an injury-ravaged 2016 campaign. Valpo’s season opens on Friday, Aug. 25 as the Crusaders make the short trip east on the Indiana Toll Road to take on Notre Dame.