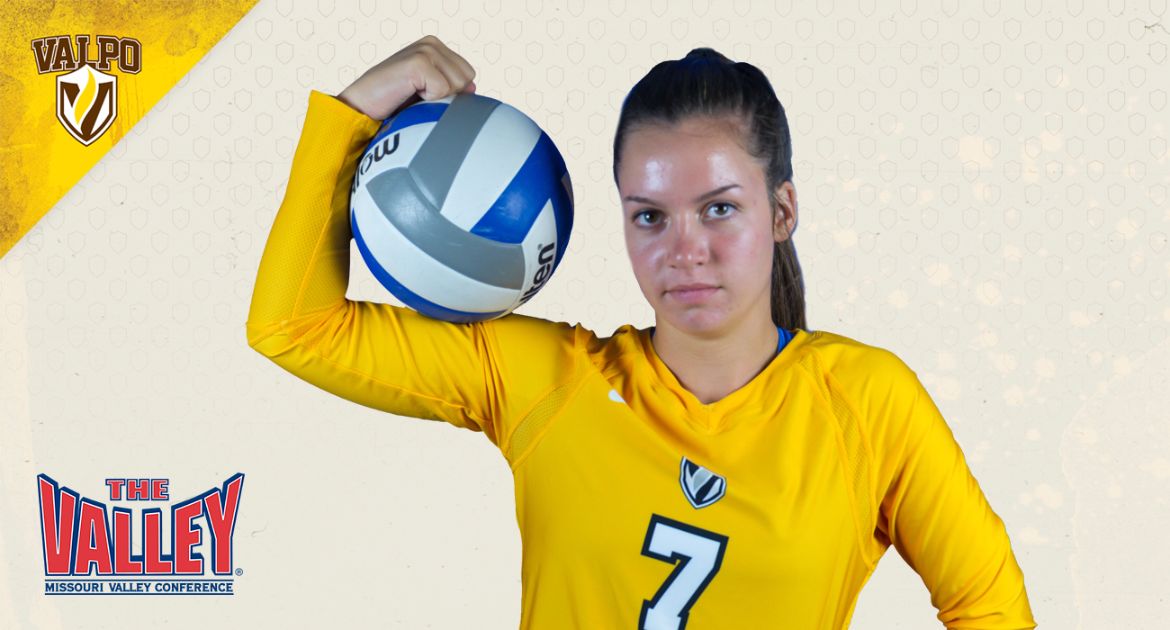 Valparaiso University volleyball freshman Rylee Cookerly (Brownsburg, Ind./Brownsburg) has been named the Missouri Valley Conference Freshman of the Week after another strong set of performances last weekend at libero for the Crusaders.

Cookerly opened the weekend with 28 digs in four sets against CSU Bakersfield, and followed with another 28-dig effort, this time coming in just three sets versus Northern Arizona. The freshman came up just two digs shy of Valpo’s top-five all-time for a three-set match. Cookerly closed the weekend with 15 digs and a pair of aces in a sweep of South Dakota State.

For the weekend, Cookerly averaged 7.10 digs/set over the three matches to continue the strong start to her freshman year. Six matches into her career, she has tallied 6.86 digs/set – good for third nationally – and has led the way as the Crusaders top the nation through two weekends with an average of 20.95 digs/set.