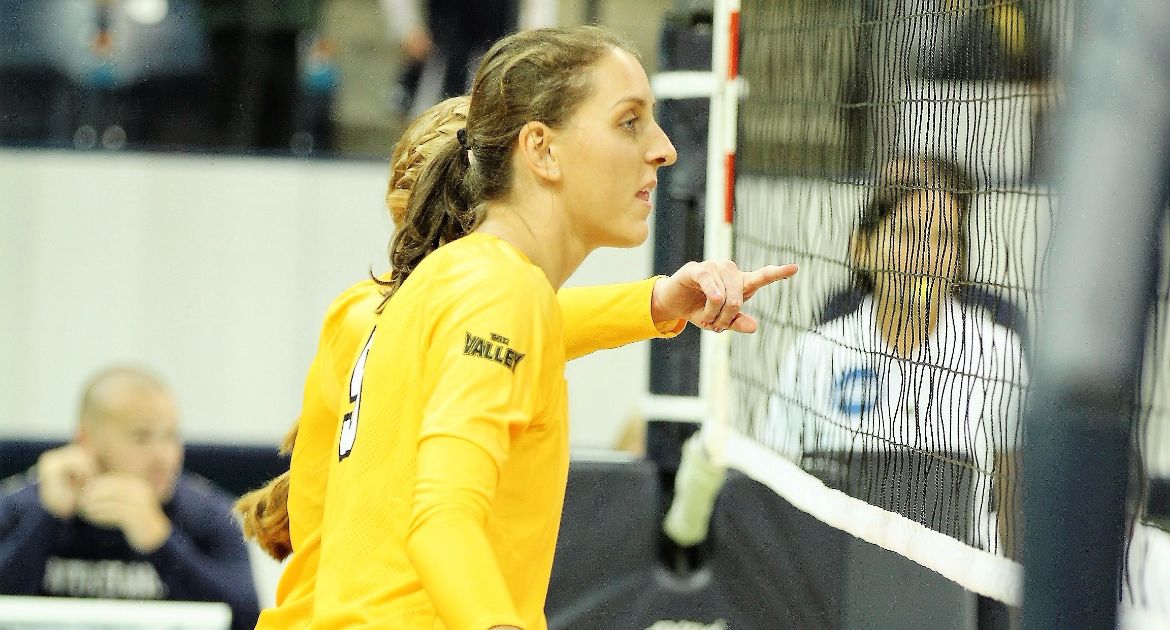 Bronner averaged 3.71 kills/set on .296 hitting over the pair of Crusader victories at the tournament while also tallying six blocks. The junior especially stood out in the victory over McNeese, racking up a career-best 18 kills – six more than her previous career high, set just last weekend.

Anderson picked up 12.57 assists and an even 4.00 digs per set, while also contributing six kills and four blocks in the two wins. She dished out 31 assists in the sweep of Western Illinois, and set season bests in the win over McNeese with 57 assists and 19 digs.

Graboski was strong on both sides of the ball as Valpo claimed the tournament championship, hitting .294 with 3.43 kills/set and tallying a team-high seven blocks. The senior dominated in the win over McNeese with five rejections – including a pair of solo blocks – and a season-best 17 kills on .464 hitting.