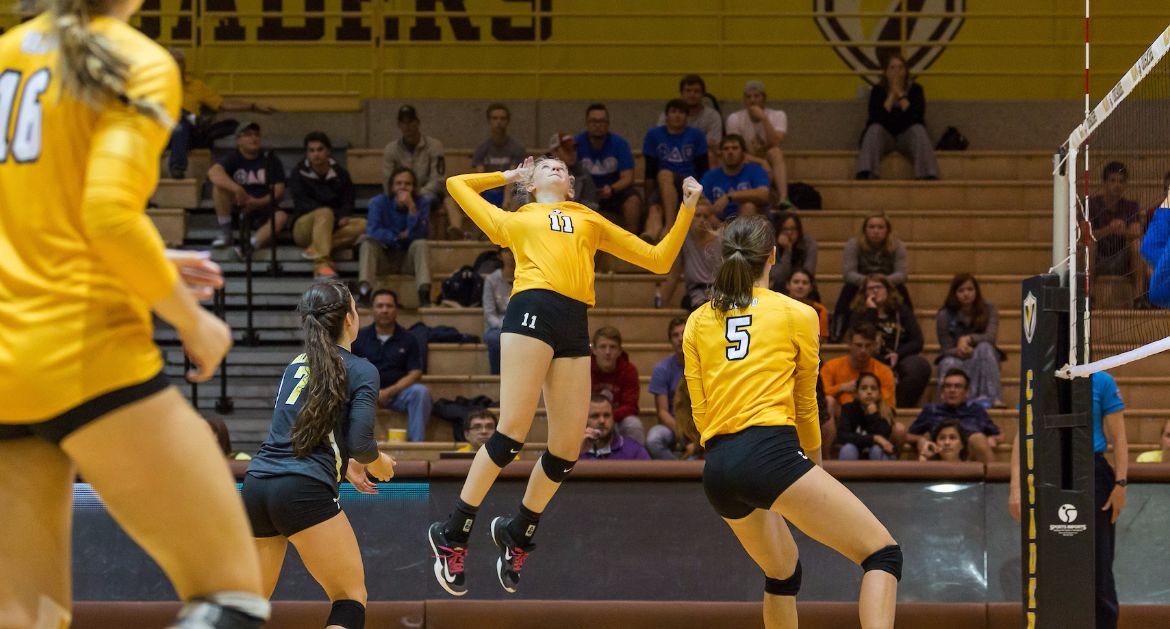 The Valparaiso University volleyball team earned its first victory as a member of the Missouri Valley Conference on Sunday afternoon, going on the road to Loyola and downing the Ramblers in four sets (25-19, 25-15, 18-25, 25-16).

Valpo (8-8, 1-3 MVC) continues this road swing in conference play on Friday evening from Peoria, Ill. as the Crusaders take on Bradley. First serve is set for 7 p.m. and the match will be broadcast live on The Valley on ESPN3. Links for the live video, as well as live stats, will be available via ValpoAthletics.com.