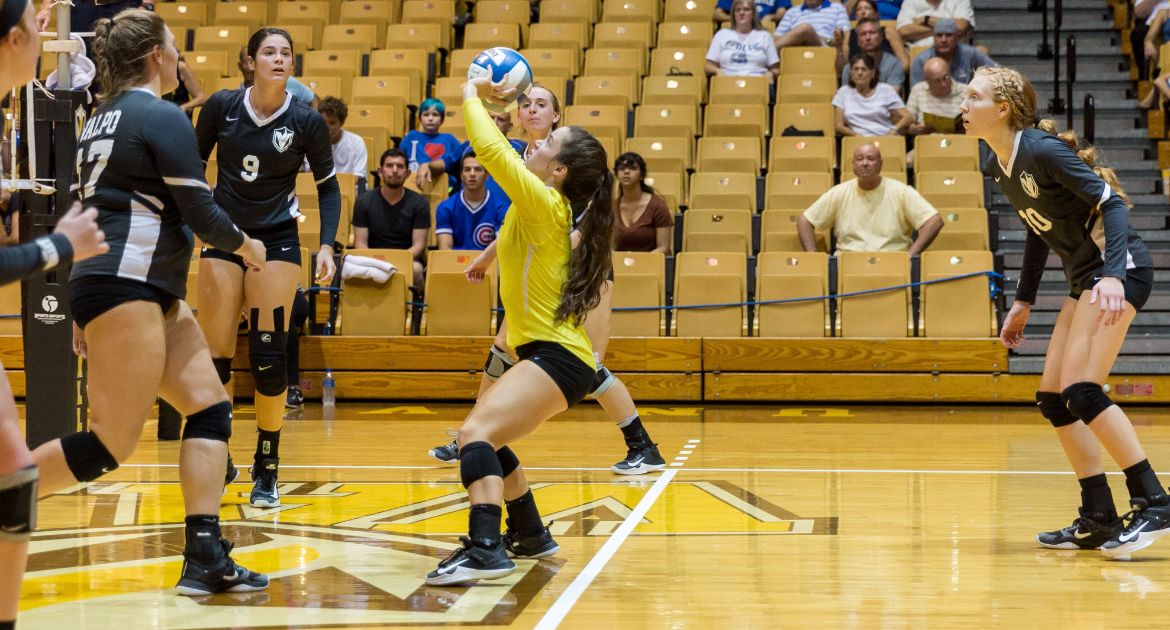 A stout defense led the way once again for the Valparaiso University volleyball team on Friday evening, as the Crusaders secured their second straight road win in MVC play with a three-set sweep at Bradley (25-18, 25-17, 25-22).

Valpo (9-8, 2-3 MVC) heads to Illinois State Saturday night as it looks to complete the weekend sweep. First serve is set for 7 p.m. The match can be seen live on The Valley on ESPN3, with links for the live video and live stats available via ValpoAthletics.com.