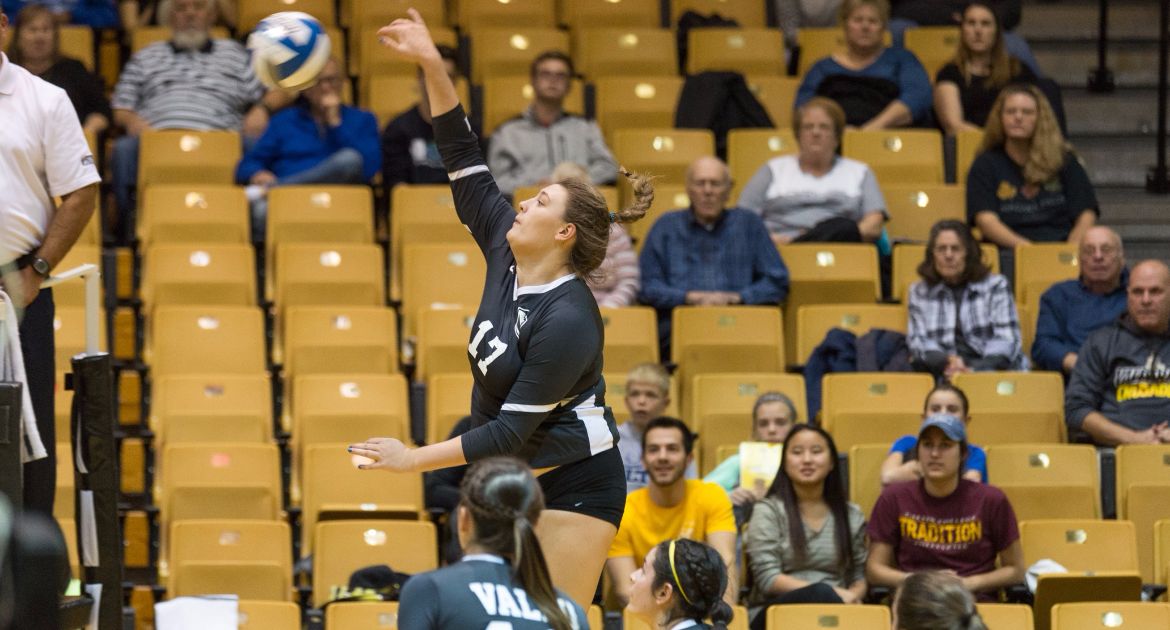 The Valparaiso University volleyball team rolled to a key Missouri Valley Conference victory over Bradley Saturday evening at the ARC, downing the Braves in straight sets (25-17, 25-17, 25-16).

Valpo (15-13, 6-8 MVC) heads on the road next weekend for a pair of key conference matchups against squads just behind the Crusaders in the conference standings. The weekend opens Friday night at 7 p.m. at Evansville, with links for live coverage available at ValpoAthletics.com.