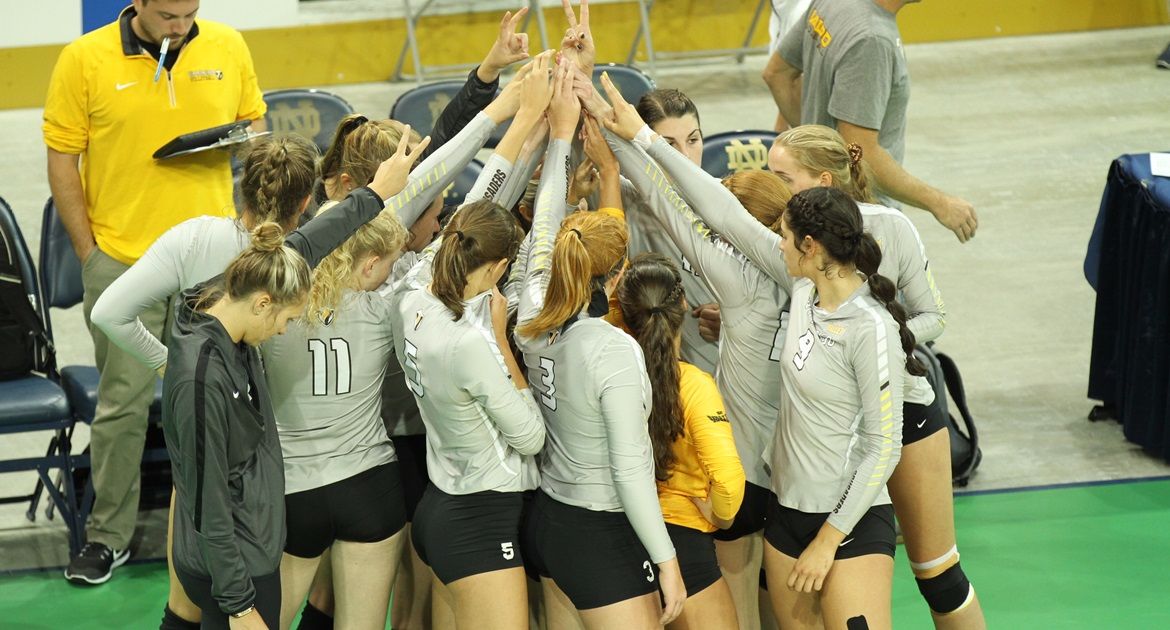 Valparaiso University volleyball head coach Carin Avery announced today that Jillian Grant and Haley Hart have signed National Letters of Intent during the early signing period and will be joining the Crusader volleyball program as freshmen for the 2018 season.

“We recruited both Jillian and Haley before we moved to the Missouri Valley Conference,” said Avery. “I’m happy that athletically they are both great fits for us as we continue to compete in the Valley, which we’ve seen first-hand this year is a tough, challenging conference. I’m excited for them to play at this level and I can’t wait to see what they can accomplish as we look to move up the Valley standings in the coming years.”

Grant is a 5’11” outside from Maumee, Ohio who plays her prep volleyball for Anthony Wayne H.S. and her club volleyball for the Toledo Volleyball Club. She was an Honorable Mention All-State selection this year as a senior and was named both league and district Player of the Year. Grant was a First Team All-District honoree in each of her final two seasons and earned First Team All-Conference honors three times. On the club side, Grant was named to the All-Tournament Tournament at the 2016 USA Volleyball girls’ junior nationals, while she was also named NCPL 17 Open MVP in 2017.

“I’ve always liked our outside hitters to play six rotations – that’s why Jill is a perfect fit for us, because she is a great all-around player,” said Avery. “Her offensive skills are what drew us to her - she has developed a good variety of offensive shots. Defensively, she takes care of the ball well in the back row. A quiet competitor, she lets her actions on the court speak for themselves. We can’t wait to see what Jill will do in our program.”

Hart is a 6’1” middle from Frankfort, Ill. who plays her prep volleyball for Lincoln-Way East H.S. and her club volleyball for Ultimate Volleyball Club. She helped lead Lincoln-Way East to regional titles in each of the last two years, being named the team’s Offensive Player of the Year both seasons. She was an All-Conference selection as a senior as well. As a junior, shew was named 8to18 Media Athlete of the Month and has also earned Player of the Week honors from The Herald-News.

“Long with big hands, Haley comes to us as a middle blocker that will help us tremendously in the Valley,” said Avery. “Her biggest strength is her natural blocking skills, and she has great vision when attacking. She is a humble, selfless and very competitive player that could make an impact in our program right away.”