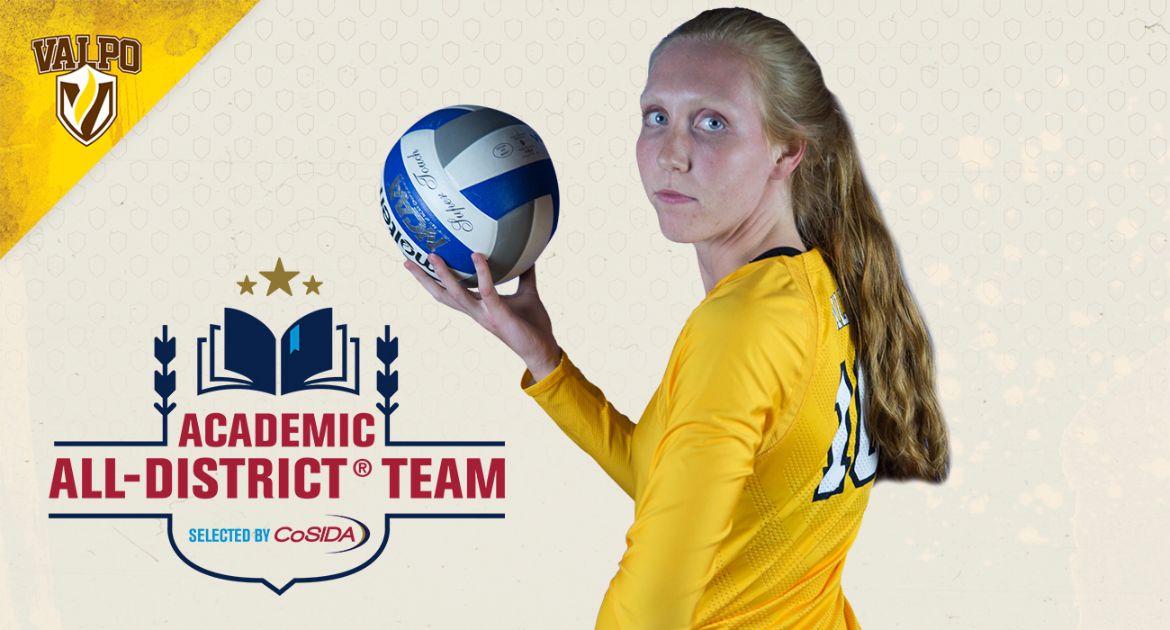 Valparaiso University volleyball redshirt junior Allison Ketcham (Mishawaka, Ind./Marian) has been named a CoSIDA Second Team Academic All-District V honoree for her work both on the volleyball court and in the classroom.

Ketcham has been a big part of the Crusaders’ stellar back-row play this season which has Valpo leading the nation in digs/set. The junior has recorded at least 10 digs in 27 of Valpo’s 30 matches, including six efforts of at least 20 digs. Her average of 4.36 digs/set ranks ninth in the Missouri Valley Conference and leads all non-liberos. Ketcham, who ranks ninth in program history with 1,402 career digs with one full season remaining, has reached double figures in kills as well seven times this year and has recorded seven double-doubles.

In the classroom, Ketcham has been nearly perfect in college, as she owns a 3.99 cumulative GPA as an exercise science major. She was a member of the Horizon League Academic Honor Roll each semester eligible and was named to the Academic All-League squad as a sophomore in 2015.