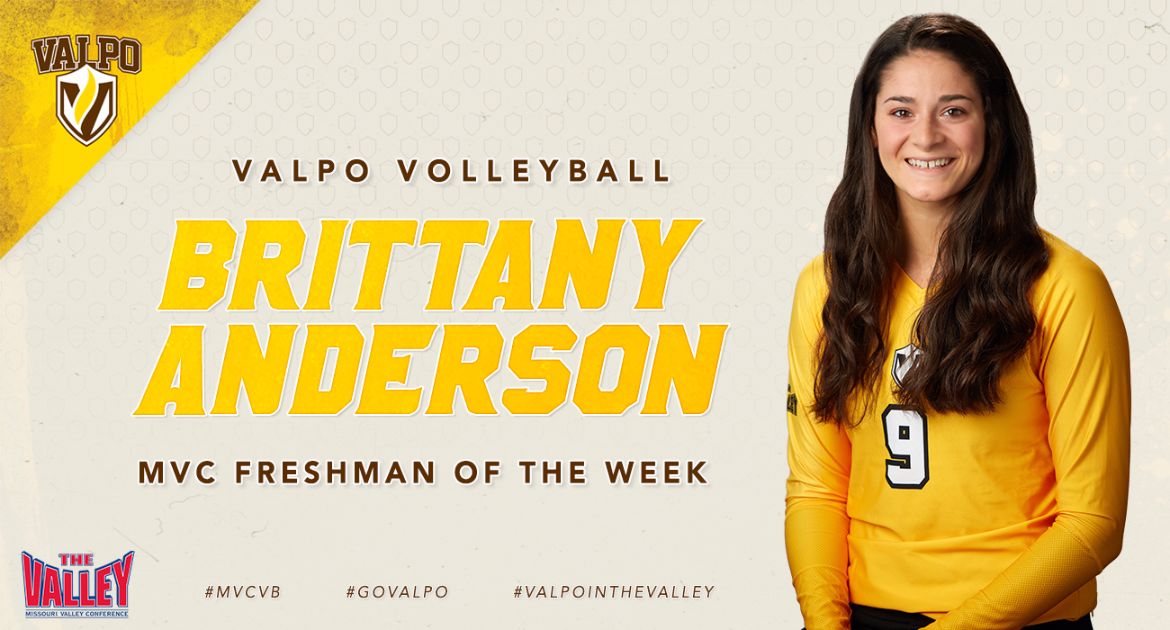 Anderson opened the weekend by handing out 32 assists in three sets in the Crusaders’ Friday night matchup against conference champion Missouri State. The freshman then closed out the regular season with 38 assists in Valpo’s three-set sweep of Southern Illinois on Saturday, leading the offense as the Crusaders hit at a season-best .306 clip in the victory.

For the weekend, Anderson averaged 11.67 assists/set. She ended the regular season ranked third in The Valley, recording 10.58 assists/set. On the season, Anderson has tallied a total of 1,196 assists – just 76 assists shy of cracking Valpo’s single-season top-10 chart in the category.