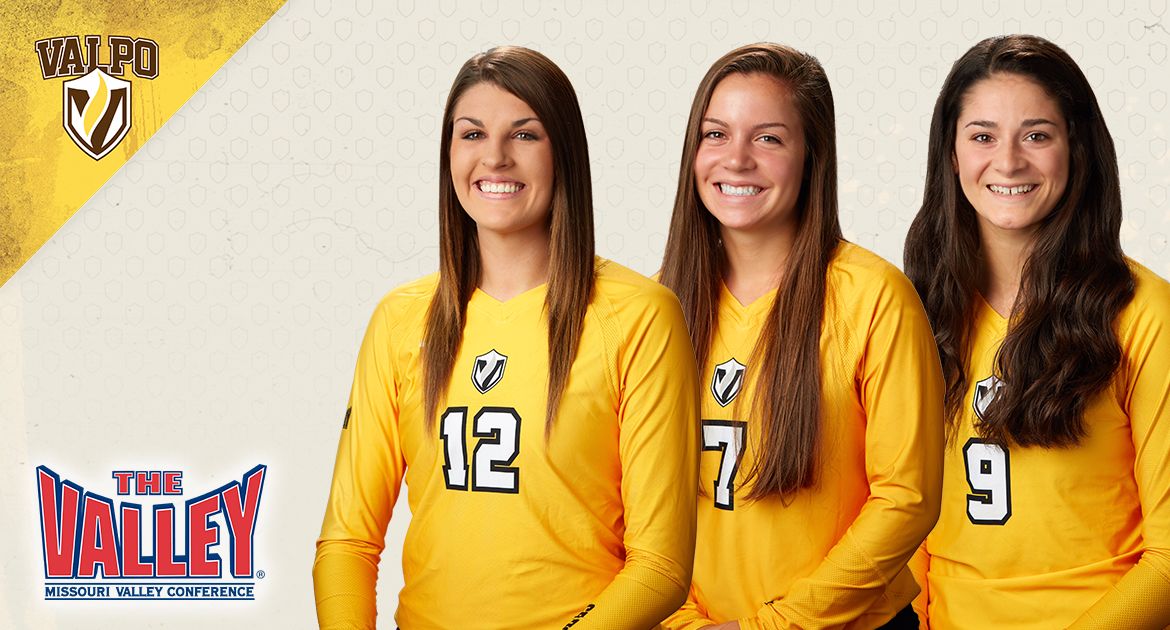 Graboski enjoyed the best season of her career on both sides of the net to lead the Crusaders in their first season as a member of The Valley. She leads the Crusaders with 325 kills and a .260 hitting percentage on the year and has tallied 106 blocks, just one shy of Sydney Bronner for team-high honors. Within conference-only play, Graboski ranked just outside the top-10 in the league in kills/set, ranked seventh in hitting percentage (.285) and ranked second in blocks/set (0.95). Over the course of the year, Graboski moved into Valpo’s career top-10 charts in kills, total blocks and solo blocks, making her one of just three players in program history to rank among the top-10 in both kills and blocks.

Anderson has been the Crusaders’ starting setter since opening day, playing all 113 sets in her first season at Valpo. The freshman has totaled 1,196 assists so far this year – the most by a Crusader freshman in head coach Carin Avery’s tenure and just 76 away from Valpo’s single-season top-10 chart. A two-time MVC Freshman of the Week, Anderson ranked third in the conference in assists and also chipped in 2.79 digs/set defensively as well.

Cookerly has followed in the tradition of Valpo’s last three four-year liberos, stepping right in from day one and leading the Crusaders’ back row. The freshman has averaged 5.84 digs/set this year to rank among the top-10 in the nation and pace Valpo as the Crusaders lead the nation as a team in the category. Cookerly, who set a Valpo single-match record in her Crusader debut with 43 digs against Notre Dame, owns the Valpo freshman record for digs in a season with 660 and currently ranks seventh on the Crusaders’ single-season chart – just 20 digs shy of fourth.