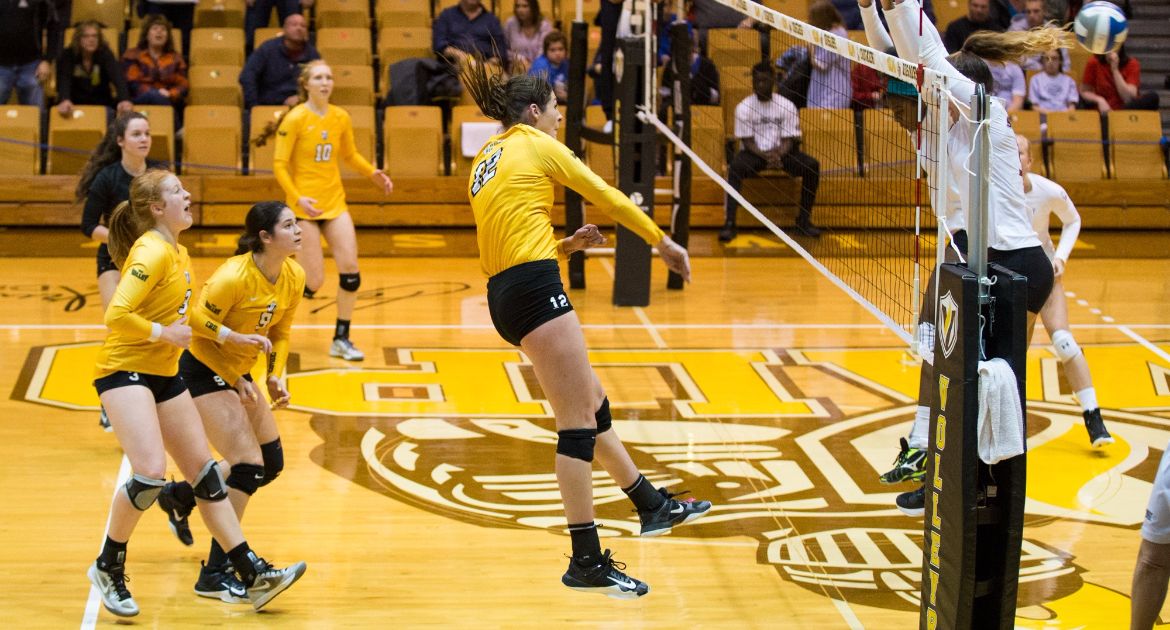 Taylor Graboski closed out her Valpo career with All-Tournament honors.

Valparaiso University senior middle hitter Taylor Graboski (Upper Sandusky, Ohio/Upper Sandusky) closed out her Crusader career with one final All-Tournament honor, as she was selected to the Missouri Valley Conference All-Tournament Team following the conclusion of the conference’s postseason event.

As she had all season long, Graboski led the Crusaders in their tournament match against Illinois State. The senior tied for team-high honors with 11 kills, hitting at a .258 clip, and three blocks as Valpo competed in its first MVC Tournament.

A First Team All-MVC honoree this year, Graboski led the Crusaders in kills and hitting percentage and finished second on the team in blocks. She finished out her Valpo career seventh in program history in kills, tied for sixth in solo blocks and ninth in total blocks. The MVC All-Tournament honor was the seventh tournament accolade of Graboski’s career.