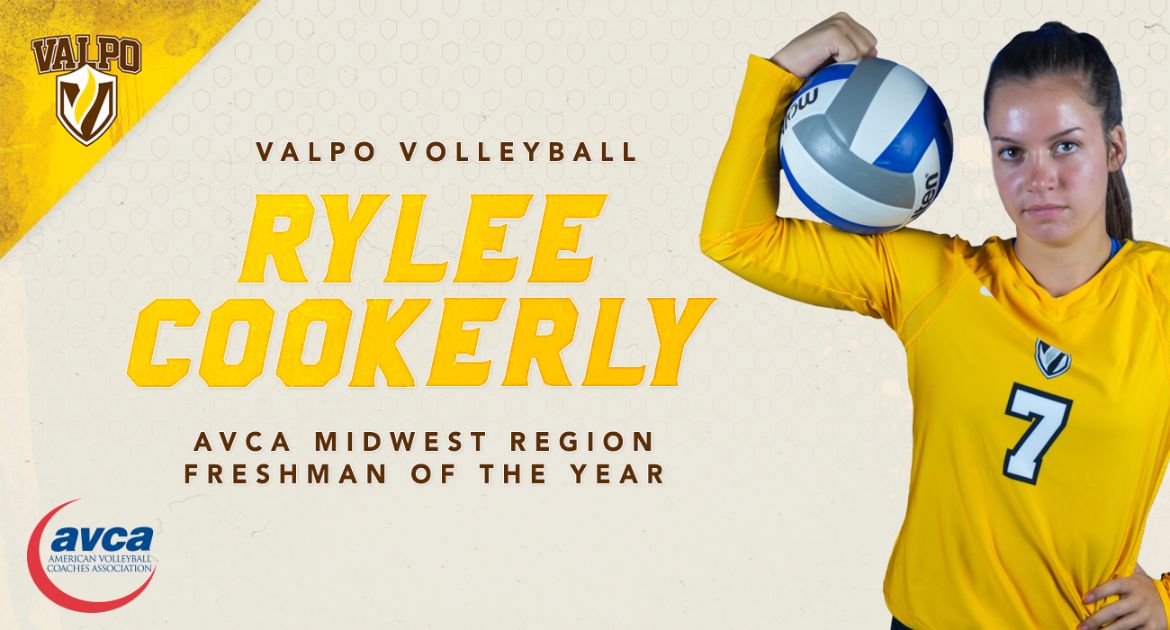 Cookerly stepped right into the starting libero spot for the Crusaders from day one this year and put together a stellar freshman campaign, recording 686 digs on the season – a new Valpo freshman record and fourth-most overall in a single season in program history. Her average of 5.86 digs/set ranked ninth nationally and topped all Division I freshman, as Cookerly was one of just two rookies to rank among the top-25 in the nation in digs. She led the way as well as Valpo averaged 20.03 digs/set as a team to lead the nation in the category.

Cookerly stood out with her play in the back row when the opposition was toughest, highlighted by her debut as a Crusader at Notre Dame, when she set a new school record with 43 digs in a single match. Over five matches against the AVCA’s top-50 teams (once versus Notre Dame, and twice apiece versus Missouri State and UNI), Cookerly raised her average to 7.20 digs/set, while over eight total matches against the AVCA’s top-100 teams (including three matches against Illinois State), she came in at 6.75 digs/set – well above her overall average.

Cookerly is among 14 players who will be considered for the National Freshman of the Year award – a group which includes the 10 regional honorees, as well as other freshmen who earned All-Region accolades. Cookerly is the lone libero among that group of 14 players.