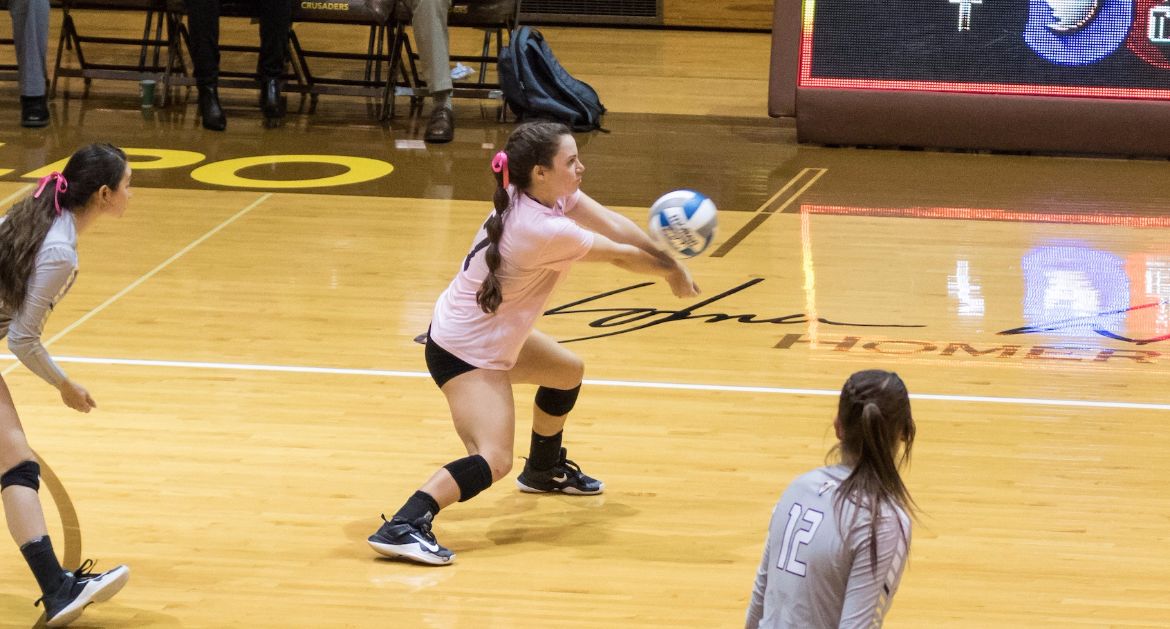 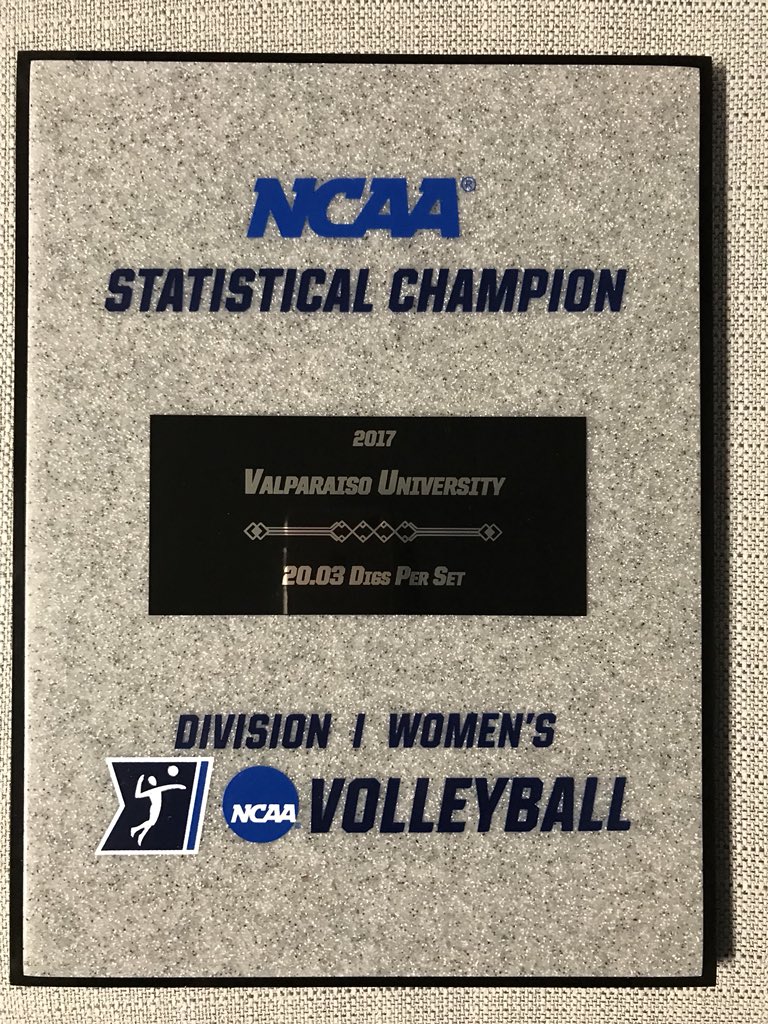 The Valparaiso University volleyball program received its NCAA statistical champion plaque this week, recognizing the Crusaders for leading the country in digs/set during the 2017 season. Valpo’s average of 20.03 digs/set was the second-highest single-season average by a Division I team since the move to 25-point scoring prior to the 2008 campaign.

Valpo out-paced fellow Missouri Valley Conference program UNI by 0.33 digs/set to claim the statistical championship, while three other MVC teams – Missouri State, Illinois State and Drake – were the only other teams within one dig/set of the Crusaders. Freshman libero Rylee Cookerly led the way for Valpo with 5.86 digs/set, good for ninth nationally, while junior outsides Allison Ketcham and Katherine Carlson added 4.26 and 3.70 digs/set, respectively, and freshman setter Brittany Anderson chipped in 2.80 digs/set.