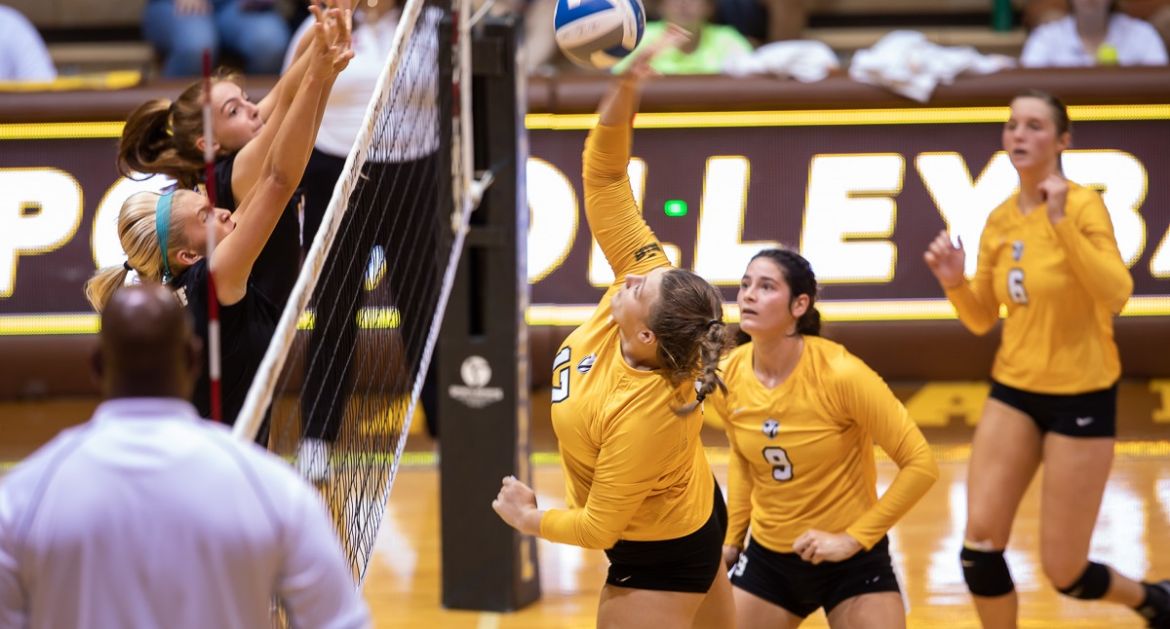 How It Happened
- Valpo took over the opening set with a big mid-set run on the serve of sophomore Brittany Anderson (East Chicago, Ind./Bishop Noll), turning a 13-10 deficit into a 21-13 lead. The advantage never fell below six points the remainder of the set.
- Both teams rotated in a number of new players for set two. The Crusaders held a slight edge past the midway point of the frame, but with a 17-16 lead, Milwaukee went on a 6-0 run to take control and even up the match.
- Another run on the serve of Anderson gave Valpo control of the third set, as the Crusaders extended a one-point lead (8-7) to eight points (15-7) and cruised from there.
- A back-and-forth fourth set saw Milwaukee with a one-point advantage at 18-17 approaching the late stages, but Valpo would close out the match on an 8-1 run, largely on the serve of junior Alana Brown (Napa, Calif./Vintage).

Inside the Match
- This marked Valpo’s first time taking advantage of the opportunity to participate in an exhibition match prior to the start of the regular season, an NCAA rule change from prior to the 2017 season.
- Both teams used the exhibition contest to see a number of players in action, as Milwaukee played all 16 players who dressed for the Panthers and Valpo played all 13 players who dressed.
- Senior Katherine Carlson (Lake Orion, Mich./Notre Dame Prep) led Valpo on Saturday with 14 kills, including six in the opening-set win.
- Sophomore Peyton McCarthy (Cincinnati, Ohio/Seton) stood out in the middle, tallying 10 kills on .471 hitting to go along with three blocks.
- Anderson totaled 35 assists and 11 digs, while sophomore Rylee Cookerly (Brownsburg, Ind./Brownsburg) posted a team-high 15 digs.
- Valpo hit at a .204 clip for the match while limiting the Panthers to .101 hitting.

Valpo opens the regular season next weekend at the EIU Panther Invitational.