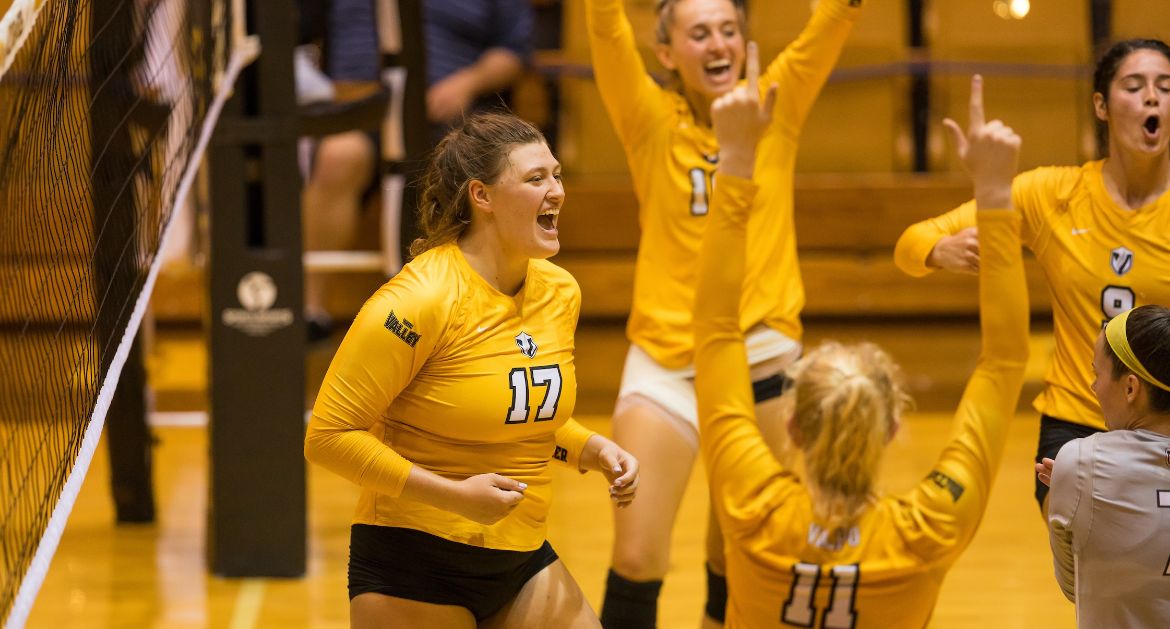 Looking Ahead: Valpo’s final non-conference match comes next Tuesday at Purdue Fort Wayne before the Crusaders open MVC play next weekend at Indiana State and at Evansville.

Following the Action: All three of Valpo’s matches this weekend will be broadcast live on ESPN+, with Brian Jennings and Renee’ Turpa on the call. All six tournament matches will have live stats available as well.

Head Coach Carin Avery: In her 17th season as head coach at Valparaiso, Carin Avery has won 380 matches (380-169, .692) at the helm of the Crusaders and has led Valpo to three league regular season and tournament titles, as well as three NCAA Tournament appearances. A two-time league Coach of the Year, Avery has coached 55 All-League recipients over her tenure at Valpo. She is Valpo’s all-time leader in both victories and winning percentage, and owns 435 career victories overall as a head coach.

Series History: This is the second straight year that Valpo and Cornell have faced off in early-season tournament action, with Valpo earning a 3-1 win at Cornell last season. It is also the second straight season that Valpo and longtime Mid-Con rival Western Illinois have met - Valpo holds a 30-6 advantage in the series, including a three-set sweep last year. Valpo also shared conference affiliation in the Horizon League with Wright State for a decade and is 21-15 all-time against the Raiders.

Another Weekend, Another Title: Valpo’s four-set win over Cal Baptist on Saturday clinched the program’s second straight tournament title, as Valpo brought the hardware home from Air Force last weekend. Valpo has now won four of its last five in-season tournaments dating back to last season. It also marks the 26th in-season tournament crown in the 17th season at the helm of the Valpo program for head coach Carin Avery.

Strong Starts: The three wins last weekend put Valpo’s record at 9-2 through 11 matches to open the 2018 campaign. It marks the seventh time under Avery that the Brown and Gold have needed 11 matches or fewer to win its first nine matches, and the first time since 2015, when Valpo won nine straight matches to start the season.

Home Tournaments: This weekend marks the 10th time in the last 17 seasons that Valpo has hosted an early-season tournament, and the program has enjoyed marked success in the previous home events. Valpo has earned the tournament title in five of the previous nine home tournaments and owns a 26-5 record in those events.

Offense On a Roll: For a program which has been renowned for its defense the last few years, including leading the nation in digs/set last season, Valpo has shined on the attack through the first three weeks of the season. After hitting just .189 as a team last season, Valpo is swinging at a .268 clip offensively so far this year. The Brown and Gold has hit .300 or better in four matches already this season after doing so just once all last year. Offensive highlights so far including hitting .396 in the four-set win at CMU - the second-best mark in a four-set match in program history - and tallying 54 kills in the sweep of CSU Bakersfield, matching the most in a three-set match since November of 2009.

1,000/1,000 Club: It’s a group which includes Valpo volleyball greats from throughout program history: Lori Barton, Emily Campbell, Sarah Dooms, Marion Hansen, Cheri Hughes, Angie Nordquist and Angie Porché. Those seven are the only players all-time at Valpo who have compiled at least 1,000 career kills and 1,000 career digs, but that group is poised to grow by two in the coming weeks. Entering this weekend, both Katherine Carlson and Allison Ketcham own over 1,000 career digs and are approaching the 1,000-kill milestone: Ketcham currently sits at 955 career kills, and Carlson at 953.