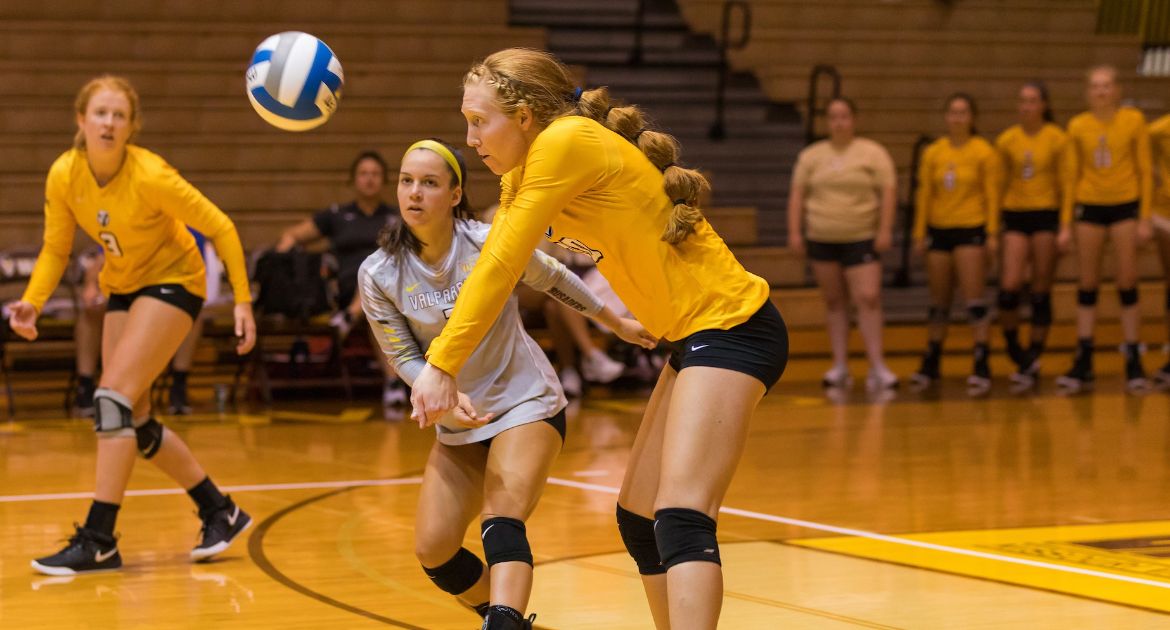 The Valparaiso University volleyball team extended its winning streak to nine straight matches with its second consecutive road sweep to open MVC play, taking down Evansville (25-14, 26-24, 25-19) on Saturday evening to improve to 15-2 overall.

Valpo (15-2, 2-0 MVC) faces a quick turnaround, as it opens a four-match homestand at the ARC on Monday evening as it hosts Southern Illinois at 6 p.m., live on ESPN3.