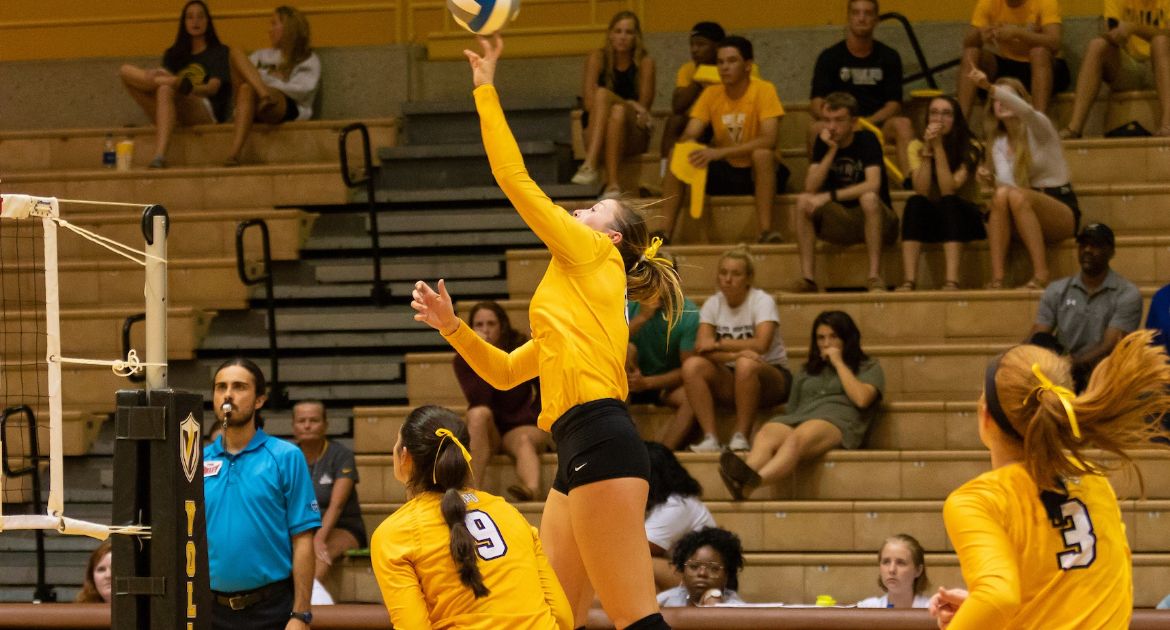 The Valparaiso University volleyball team tangled with a UNI team receiving votes in the AVCA top-25 poll on Saturday night at the ARC in front of a raucous crowd, but Valpo would see its 11-match winning streak come to an end as the Panthers edged their way to a set four win to close out a 3-1 (25-20, 19-25, 25-21, 25-23) decision.