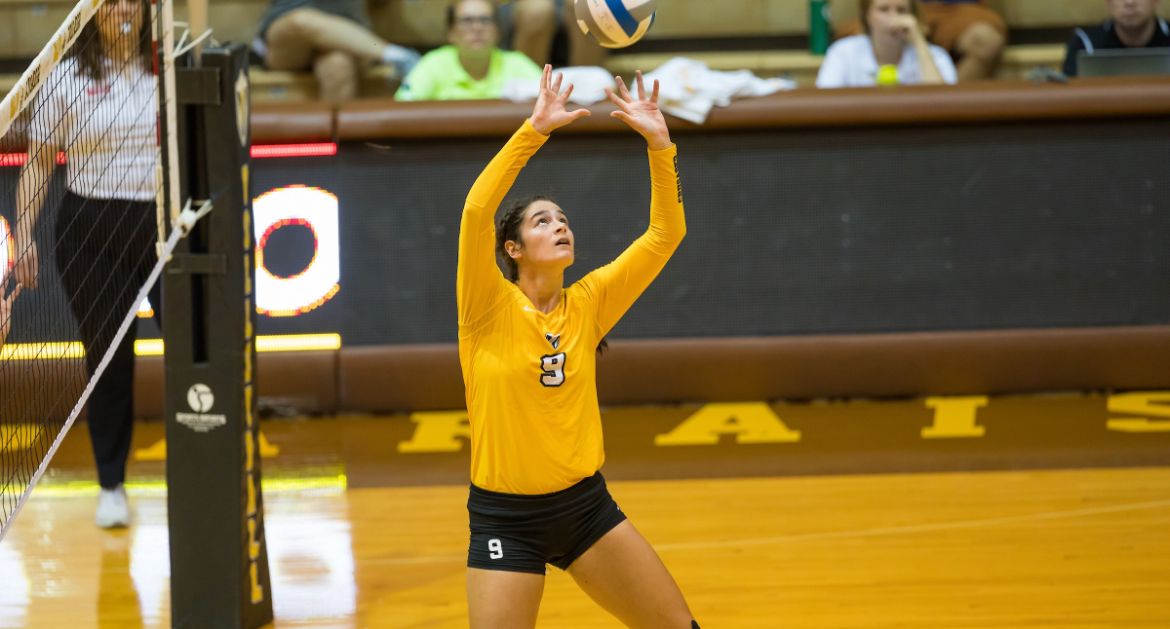 A potent attack from Bradley proved to be too much for the Valparaiso University volleyball team to overcome on the road on Saturday evening, as the Braves came away with a 3-0 (25-23, 25-15, 25-16) victory.

How It Happened
- The first set featured an incredible 20 tie scores, but only two lead changes. Neither side ever had more than a two-point advantage in the opener. Valpo led by two at 11-9 before consecutive Bradley points evened the frame at 11-all.
- Valpo’s last lead came at 14-13, as Bradley scored the next two to claim the edge. The squads were tied at 15, 16, 17, 19, 20, 21, 22, and 23 – each time except for at 19, coming with a Valpo sideout to erase a one-point Bradley lead. Finally, at 23-23, Bradley’s Erica Haslag posted back-to-back kills to close the opener in the Braves’ favor.
- Valpo led by three points on a couple of occasions very early in the second set, but couldn’t push its advantage to four. Bradley took the lead with a 6-2 run to go ahead 11-8, and then pulled away in the second half of the set, scoring 11 of the final 14 points.
- The third set saw the Braves score the first five points and never trail en route to the win.

Inside the Match
- Saturday night was just the second time this year Valpo has lost in straight sets (at #20 Michigan, Sept. 4). Valpo has now lost back-to-back matches for the first time this season as well.
- No Valpo player made it to double figures in kills on Saturday, as senior Allison Ketcham (Mishawaka, Ind./Marian) paced the Brown and Gold in the category with eight kills. Bradley ended the night with a 55-35 advantage in kills and also hit at a .344 clip.
- Sophomore Brittany Anderson (East Chicago, Ind./Bishop Noll) handed out 30 assists, while classmate Rylee Cookerly (Brownsburg, Ind./Brownsburg) led the back-row effort for Valpo with 15 digs. Sophomore Peyton McCarthy (Cincinnati, Ohio/Seton) was in on a team-best four of Valpo’s seven blocks.

Next Up
Valpo (18-5, 5-3 MVC) looks to get back on the winning track on Friday night as it returns to the friendly confines of the ARC to host Evansville. First serve is set for 7 p.m., and the match will be broadcast live on ESPN+.