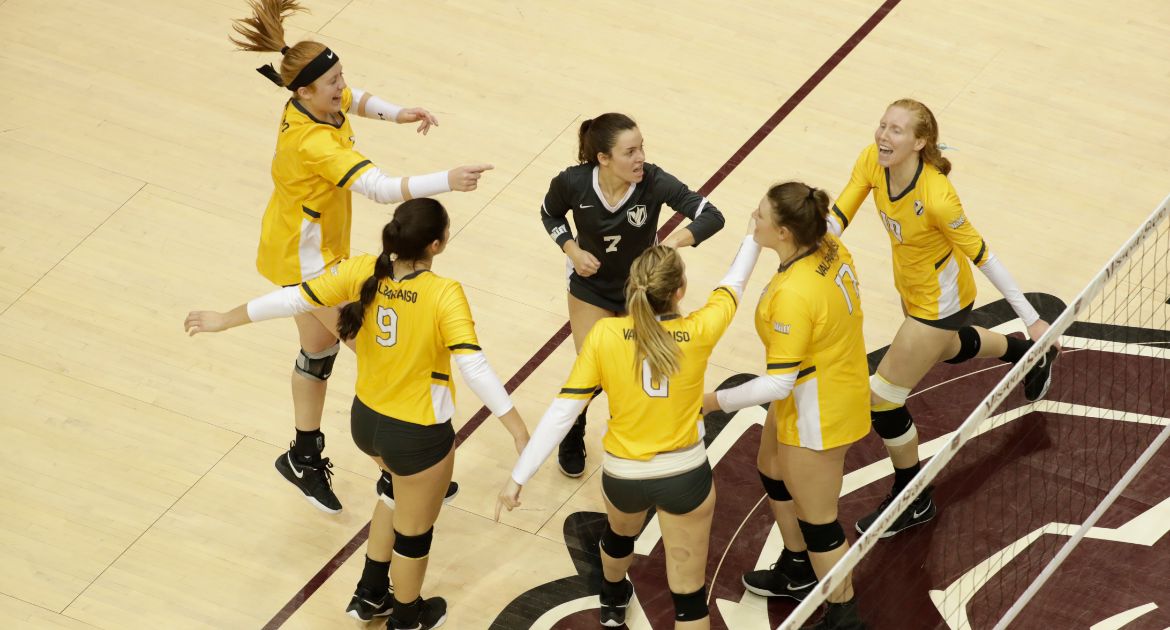 Given the way the Valparaiso University volleyball team has fought and battled all season long, it seemed only fitting Thursday that to earn its first-ever victory in the MVC Tournament, Valpo would have to play a full five sets and over two and a half hours of volleyball. In the end, the fifth set and the match belonged to Valpo, as it defeated tournament host Missouri State 3-2 (25-17, 20-25, 25-23, 23-25, 15-9) to advance to Friday’s semifinals against UNI.

“Tonight was a great volleyball match. We needed to play great to beat Missouri State tonight, because they are such a solid team.”

“We made big plays in the fifth set, and we kept our composure and didn’t panic when we were down early in that fifth set.”

“It was a great first-ever victory in the MVC Tournament for us. A big congratulations to our seniors for leading us to this point.”