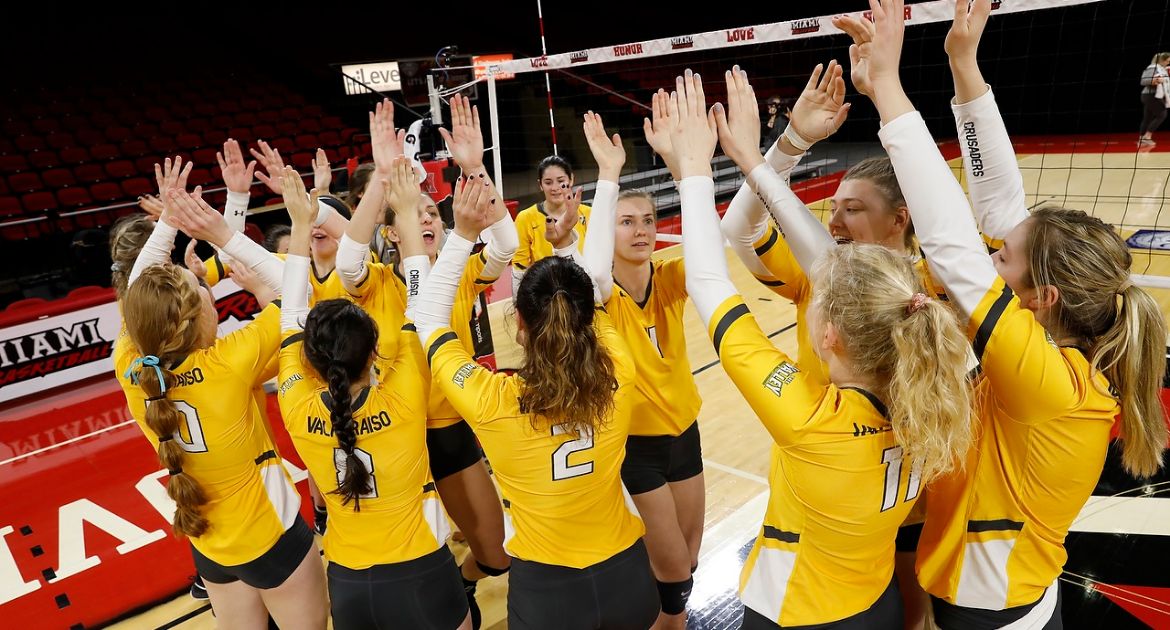 A kill from senior Katherine Carlson (Lake Orion, Mich./Notre Dame Prep) capped a historic night for the Valparaiso University volleyball program on Thursday, as Valpo captured the first postseason victory in program history with a 3-1 (25-9, 13-25, 25-23, 25-18) win in the first round of the 2018 National Invitational Volleyball Championship over Ball State in Oxford, Ohio. Valpo will now face Miami University Friday at 6 p.m. CT in the second round of the NIVC.

“It was another great first to add to our program legacy tonight. I’m so happy for this senior class that they will continue to play another day together.”

“We did a good job this evening keeping our errors to a minimum, and we got productions from a variety of hitters tonight.”

“I’m so happy for Syd. She’s waited a long time to get back on the court, and we are thankful we got to the postseason to give her a chance to play again in her senior season. Not only did she play tonight, but she played extremely well! The entire team is happy for her.”

Valpo (26-10) will take on regional host Miami University, which defeated Northern Kentucky in straight sets, in Friday’s second-round matchup at 6 p.m. CT. The match can be seen live on the RedHawk All-Access subscription service, with links for the live video and stats available via ValpoAthletics.com.