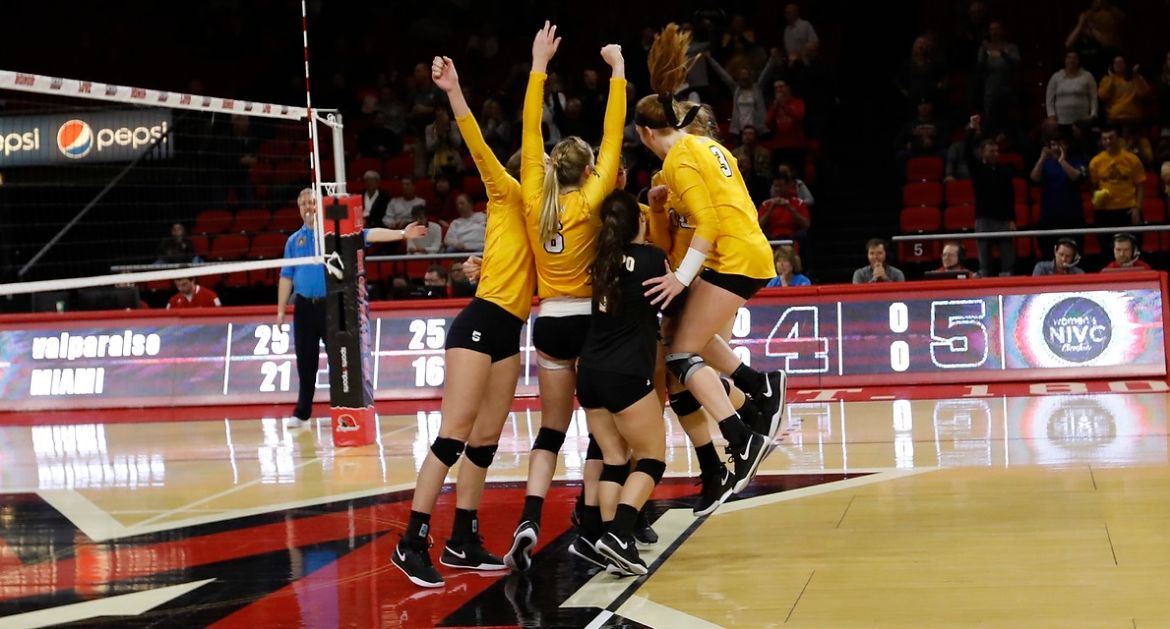 Earning the first postseason victory in program history felt so good for the Valparaiso University volleyball team that they decided to repeat the feat on Friday evening. Valpo needed just three sets (25-21, 25-16, 25-18) to defeat host Miami on Friday and advance to the quarterfinals of the 2018 National Invitational Volleyball Championship.

“We did a great job tonight following our game plan. We had a specific game plan in mind when it came to serving and blocking, and we followed it to a T. That's why I think we were victorious tonight.”

Valpo (27-10) will head to Tulane, which defeated Cal Baptist on Friday, for the quarterfinal matchup on Thursday, Dec. 6 at 6 p.m. CT.