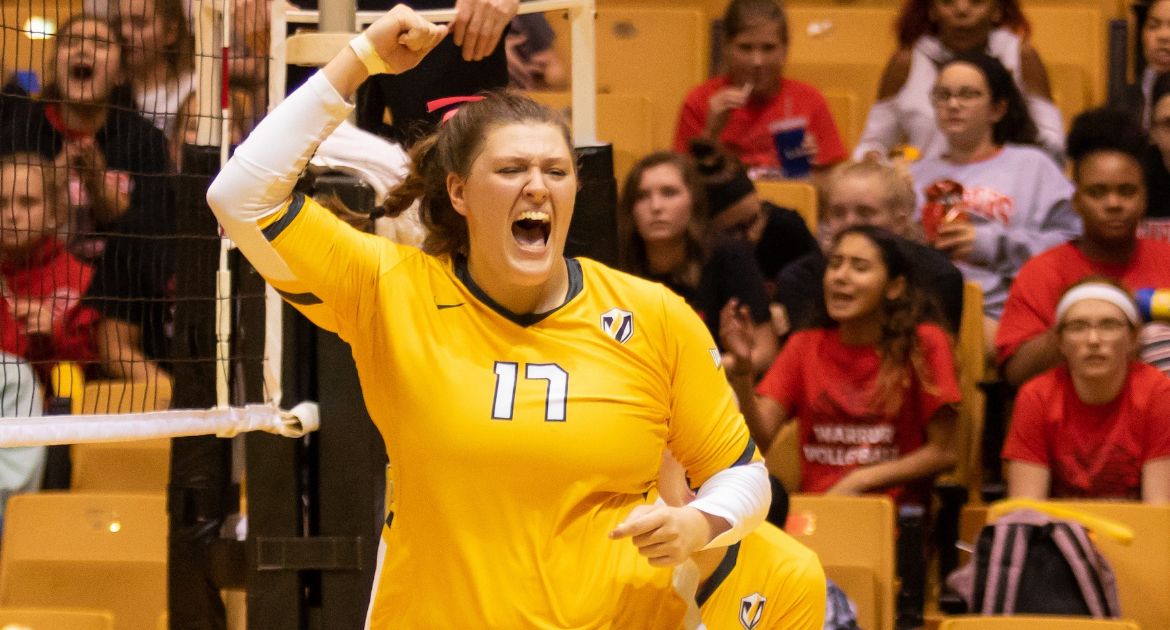 Highlighted by a stellar performance in her collegiate debut from freshman outside Bella Ravotto (Mishawaka, Ind./Marian) and a strong effort on both sides of the net by junior middle Peyton McCarthy (Cincinnati, Ohio/Seton), the Valparaiso University volleyball team opened the 2019 campaign with a 3-1 (25-20, 14-25, 25-18, 25-20) victory over defending OVC champion Murray State Friday evening in Indianapolis.

Valpo (1-0) will conclude the Hampton Inn Invitational with a pair of matches on Saturday. Morning volleyball is first on the docket, with first serve against South Dakota slated for 9 a.m. CT. The tournament then concludes with a matchup against host IUPUI at 6 p.m. Both matches will have live stats available via ValpoAthletics.com.