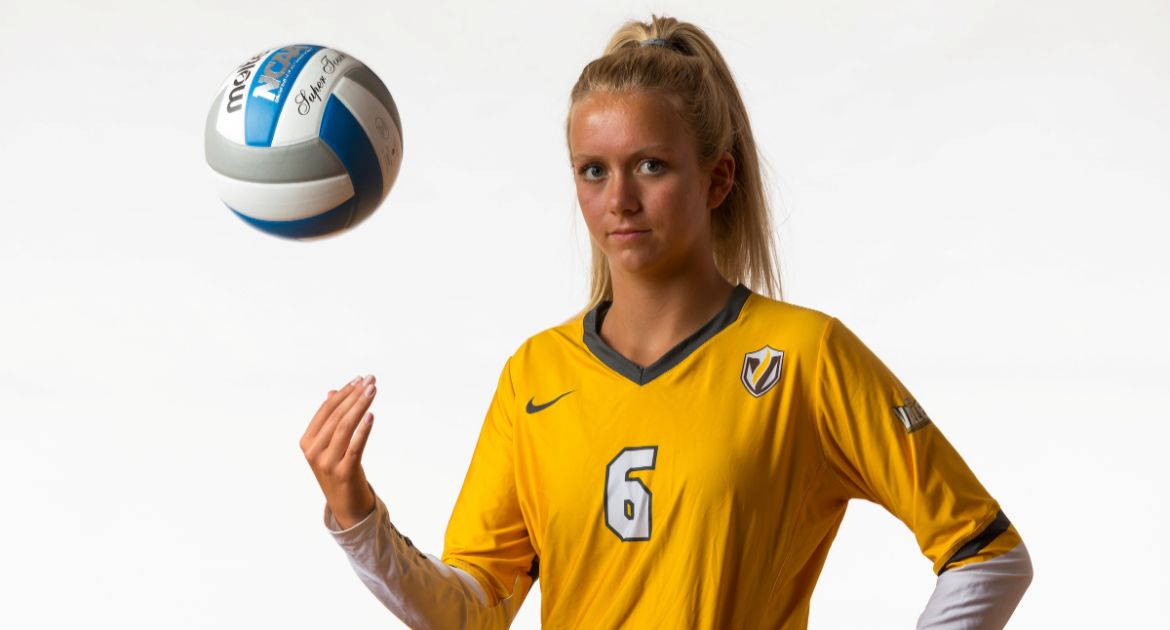 This Week in Valpo Volleyball: The Valpo volleyball team briefly steps away from tournament play Wednesday evening with a match at Notre Dame. Valpo then heads to Kent State for the Golden Flashes Classic this weekend, facing Idaho State and Robert Morris in addition to the hosts.

Previously: Valpo posted a 2-1 record on the opening weekend of the 2019 season, beating Murray State and IUPUI while falling to South Dakota, all in four sets.

Looking Ahead: The third weekend of action is a short trek for Valpo, as it heads to DePaul, where it takes on Holy Cross, Central Michigan and the host Blue Demons.

Following the Action: Wednesday’s match at Notre Dame will be broadcast live on the ACC Network, with Eric Frede and Jennifer Hoffman on the call. Live video for this weekend’s matches will be available as well. Live stats for all four matches this weekend will be available via ValpoAthletics.com.

Head Coach Carin Avery: In her 18th season as head coach at Valparaiso, Carin Avery has won 400 matches (400-179, .691) at the helm of the Crusaders and has led Valpo to three league regular season and tournament titles, as well as three NCAA Tournament appearances. A two-time league Coach of the Year, Avery has coached 59 All-League recipients over her tenure at Valpo. She is Valpo’s all-time leader in both victories and winning percentage, and owns a 455-203 (.693) record overall as a head coach.

Series History: Notre Dame - While the Crusaders and Fighting Irish shared conference affiliation for a few years in the North Star Conference, it has been mainly a regular non-conference series between the two programs - one in which Notre Dame holds a 22-5 advantage. The last meeting came at Notre Dame to open the 2017 season on Aug. 25, a 3-1 Irish win. Carin Avery owns a pair of wins over ND, leading Valpo to victories in 2004 and 2008.

Kent State - The two teams haven’t met in almost two decades, and split the previous two meetings - Valpo earned a win in 1994, and Kent State in 2000.

Robert Morris - The lone prior meeting between the two programs came at West Virginia’s Mountaineer Invitational on opening weekend in 2011, when Valpo earned a 3-0 sweep.

Avery Reaches 400: Valpo head coach Carin Avery hit another milestone in her distinguished career on Saturday evening, picking up her 400th win at the helm of the Valpo program as Valpo closed the weekend with a win against host IUPUI. Early in her 18th season as head coach at Valpo, Avery is far and away Valpo’s all-time leader in victories, as second place has just 92 wins. In fact, Avery has more wins in her time at Valpo than all of the program’s other head coaches combined (301).

All-Tournament Honors: Juniors Peyton McCarthy (3.08 kills/set, .288, 0.83 blocks/set) and Rylee Cookerly (4.17 digs/set) both picked up All-Tournament Team accolades for the first weekend of action, marking the third career honor for both. Cookerly has now earned at least one All-Tournament award in each of her three seasons, as she was named to the All-Tournament Team at Notre Dame as a freshman and at Air Force as a sophomore, while McCarthy earned similar accolades last season at Eastern Illinois and in Valpo’s home tournament.

Moving On Up: Despite setting in a 6-2 for the first time in her Valpo career opening weekend, junior setter Brittany Anderson still was able to continue her climb up Valpo’s career assists chart. Anderson tallied 72 assists over the weekend’s three matches, moving her into seventh position in program history as she surpassed Kelly Olson. With 2,846 career assists, the two-sport standout who also stars on the softball diamond is 88 assists shy of moving past Jenny Pokorny for sixth position in the category.

Making Debuts: Valpo leaned on a few freshmen during opening weekend for significant contributions. Bella Ravotto immediately started at outside hitter and picked up two double-doubles in the season’s first three matches, while Kara Cooper started every set as a middle and registered a team-best 11 blocks over the three contests. Leah Pease played 10 of 12 sets as Valpo’s second setter in a 6-2 and averaged 4.40 assists/set, while Rachel Speck saw a couple sets of action in the middle as well.

Acing the Opposition: While Valpo was out-hit by the opposition by 47 points over the season’s first three matches, it was able to post a 2-1 record, in large part due to its success in the service game. On the weekend, Valpo tallied 22 service aces against just 17 errors, while its three opponents posted just eight aces and 27 errors. 10 of Valpo’s 22 aces came against South Dakota, the program’s best single-match total since recording 11 at Youngstown State on Oct. 17, 2015.