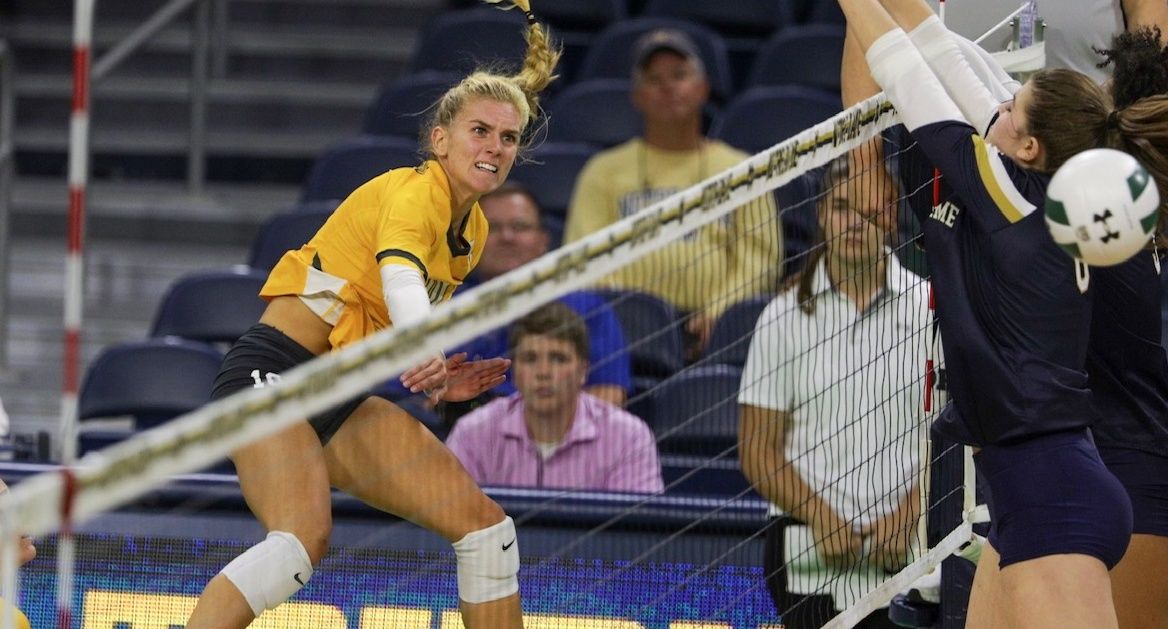 The Valpo volleyball team took a brief step away from early-season tournament action Wednesday night at Notre Dame, but a hard-fought three-set battle went the way of the Fighting Irish, 3-0 (25-23, 25-17, 25-23).

Valpo (2-2) heads to Kent State’s Golden Flashes Classic this weekend. The tournament opens for the Crusaders with a pair of matches on Friday – 11 a.m. CT versus Idaho State, and then 6 p.m. CT against the hosts. Both matches will have live video and live stats available via ValpoAthletics.com.