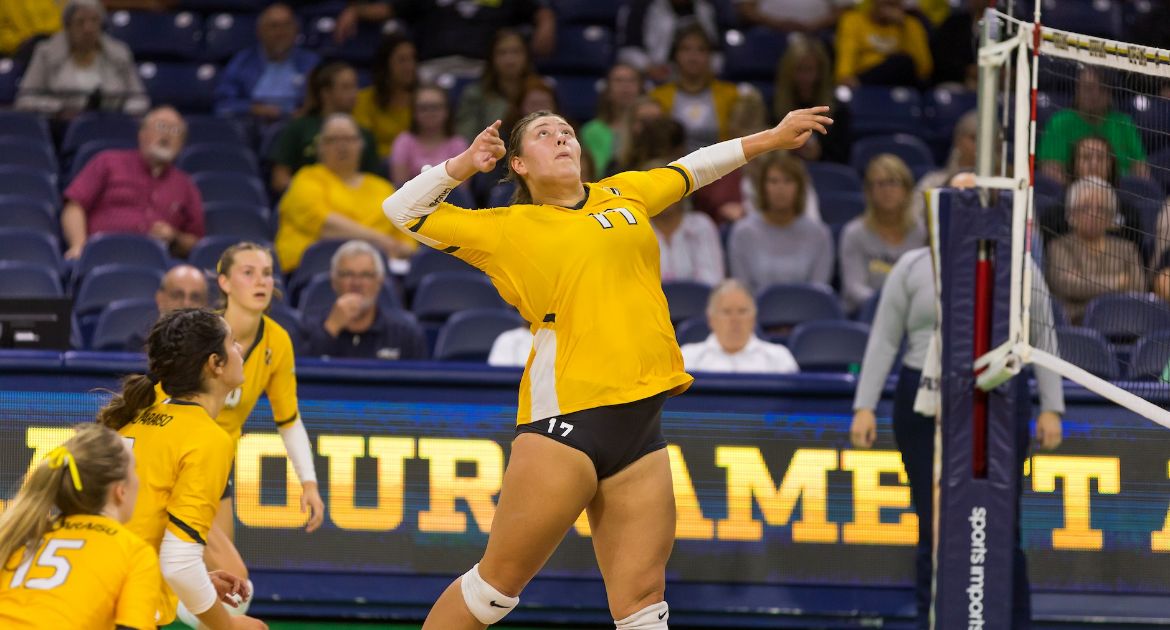 The Valpo volleyball team claimed the opening set in its final contest of the Golden Flashes Classic Saturday afternoon against Robert Morris, but the Colonials came back to win the next three sets to earn the match victory, 3-1 (20-25, 29-27, 25-19, 25-23). Despite the loss, junior Peyton McCarthy (Cincinnati, Ohio/Seton) set a career high with 18 kills.

Valpo (3-4) is off until next weekend, when it makes the short trip to the Windy City for the DePaul Invitational. The event starts for the Brown and Gold Friday afternoon at 4 p.m. versus Holy Cross.